This has to be one of the coolest chess sets we have seen on Geeky Gadgets, almost as cool as the Super Mario chess set, the Chainmail Chess Set.

The Chainmail Chess Set was handmade by David Austin from CMB, check out some more photos after the jump, the detail is amazing. 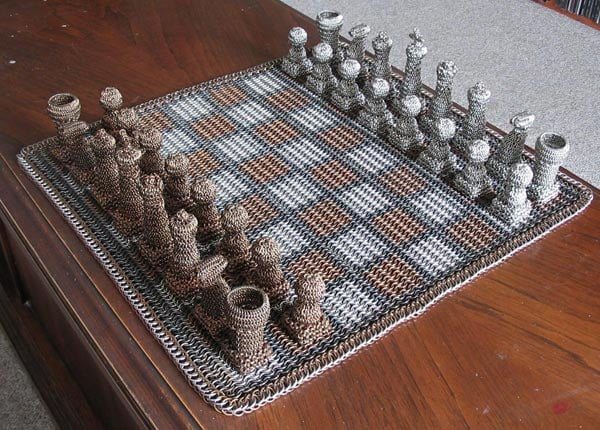 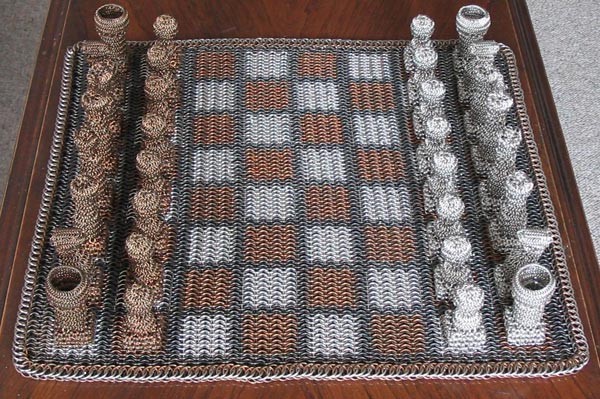 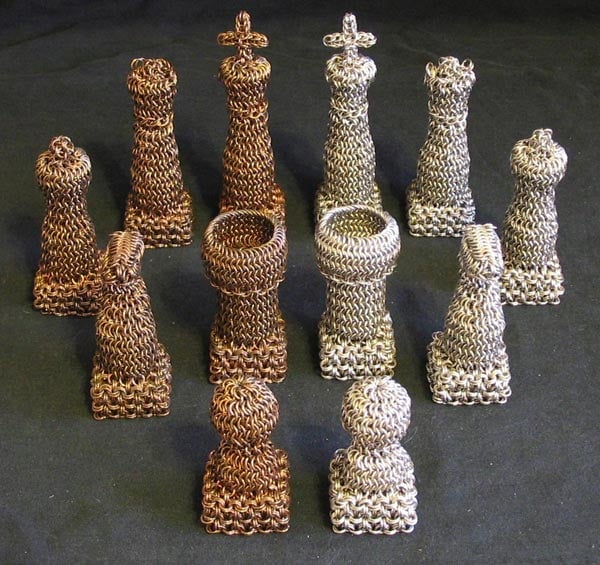 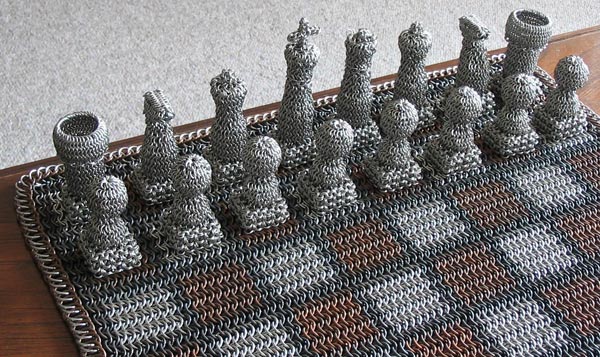 I made a chainmail chess board back in 2001. I was planning on making chainmail chess pieces after that, but didn’t quite know how to go about it. I also thought perhaps that I lacked the skills to make them good enough at that time. A few years (and several chainmail sculptures) later, I decided I was ready for the challenge.

I thought quite a bit about the task, and how I would go about it. At the time in which I engaged in this project, there really weren’t many chainmail chess pieces in existence (only one set to my knowledge). My main goal was to make chainmail chess pieces that look as close to traditional chess pieces as I could, and to make the six different designs (pawn, rook, knight, bishop, queen and king) easily distinguishable from each other.

Head on over to CMB for lots more photos and details on how this amazing chess set was made.