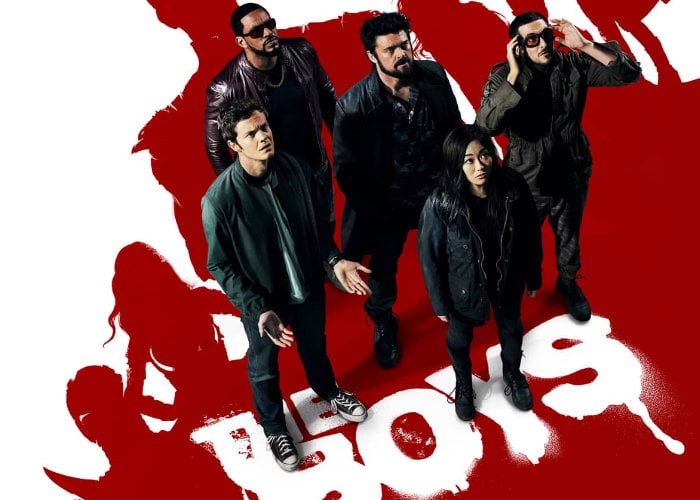 Amazon has announced that their popular Amazon Prime TV series The Boys, will be returning on September 4th 2020. The Boys Season 2 continues the story, and below Patton Oswalt is joined by the cast of The Boys to “unpack all the gory madness from season 1, and get all the juicy secrets on season 2”.

“The Boys is an irreverent take on what happens when superheroes, who are as popular as celebrities, as influential as politicians and as revered as Gods, abuse their superpowers rather than use them for good. It’s the powerless against the super powerful as The Boys embark on a heroic quest to expose the truth about “The Seven”, and their formidable Vought backing.”

“The Boys is set in a universe where superpowered individuals are recognized as heroes by the general public and owned by powerful corporation Vought International, which markets and monetizes them. Outside of their heroic personas, most are arrogant and corrupt. The series primarily focuses on two groups: the Seven, Vought International’s premier superhero team, and the titular Boys, vigilantes looking to keep the corrupted heroes under control.

The Boys are led by Billy Butcher, who despises all superpowered people, and the Seven are led by the egotistical and unstable Homelander. As a conflict ensues between the two groups, the series also follows the new members of each team: Hughie Campbell of the Boys, who joins the vigilantes after his girlfriend is killed by one of the Seven; and Annie January / Starlight of the Seven, a young and hopeful heroine forced to face the truth about the heroes she admires.”