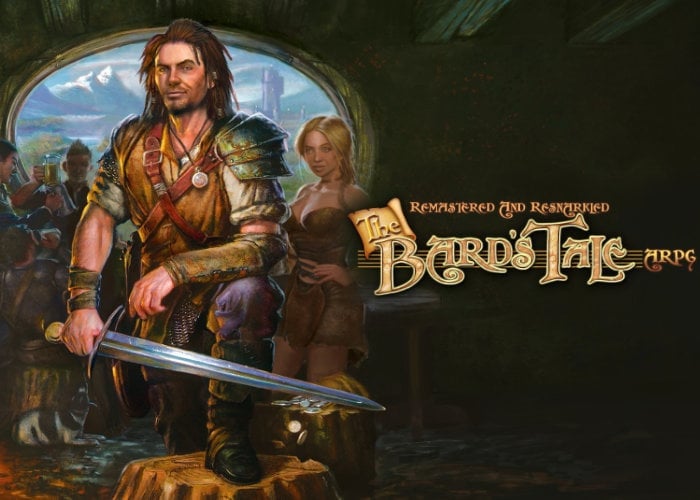 Today the The Bard’s Tale ARPG: Remastered and Resnarkled has launched on the Xbox and PC with Xbox Game Pass, and Nintendo Switch with Xbox network integration. “You are the Bard, a selfish rogue weary of pointless sub-quests and rat-infested cellars. Through magical song you summon characters to join your quest!”

In an interview with Matt Amy, Community Manager, inXile more is revealed about the latest game in the series.

“We had to create an original story and world to avoid any blatant copyright infringement with the original trilogy (ed: the rights were at the time held by a different publisher), but the world we created was based on the same mythology that the original game world was based on. We just went back to the deep roots of the Scottish and Celtic Mythology that inspired not only The Bard’s Tale, but everything from Tolkien to Dungeons & Dragons. We will call it a parallel universe to the Bard’s Tale I-IV world. While the creatures and places might overlap a bit, the Bard does live in a world of his own.

The Bard’s Tale ARPG was about the humor of our cynical hero (Cary Elwes) arguing with the narrator (Tony Jay). The humor worked because of the tropes it made fun of, and of the understanding of what the player was thinking at the moment. The game also reinforced how the little things are big things. It was the small moments, the song and dance numbers and the dialogue that people remember for years. We love putting effort into those small moments, or scenes that not everyone will see, because we know those are what make an impact. That’s something that continues to influence our development.”