We have featured quite a few expensive gadget here at Geeky Gadgets, usually they are covered in gold and diamonds, and the latest one is the new iPad 2, which has been created by Stuart Hughes, and is called the iPad 2 Gold History Edition.

As the name suggests, this iPad 2 is covered in 24ct gold, and features 12.5 cts of flawless diamonds and 53 individually set gems, that’s not all it also features the front frame which is made from the worlds oldest rock ammolite, plus there are some dinosaur bones from a T-Rex thrown in for good measure. 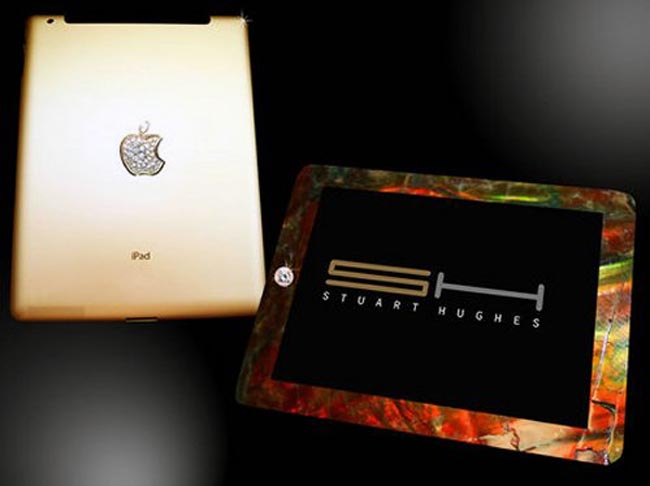 There will be only two of this iPad 2 Gold History Edition made, and if you have more money than sense you can find out more details over at Stuart Hughes.