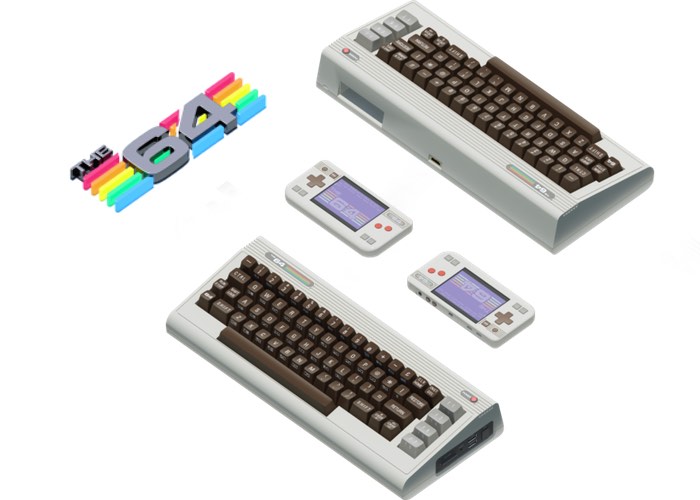 Those of you that enjoyed playing on the original Commodore 64 or would like to experience what it was like as closely as possible may be interested in a new unofficial recreation of the iconic Commodore 64 computer, which has taken to the Indiegogo crowdfunding website this week.

Aptly named THE 64 is a modern remake of the original bestselling computer created by Commodore International was originally launched during January 1982. Check out the video below to learn more about THE 64 project which hopes to revive the C64 in a new format. 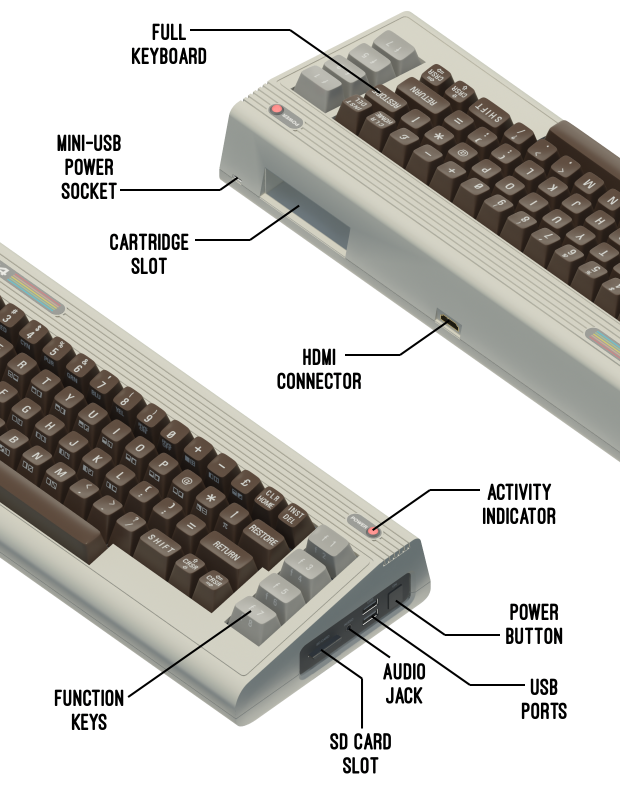 THE 64 – Our version of the global bestselling Computer is here! THE 64 is here and has bought it’s handheld cousin along for the ride! The world’s bestselling single computer model has been reimagined in both computer and handheld console versions!

THE 64 is an exciting and respectful re-imagining of the original home computer, the Commodore C64. Developed using the latest (old) technology, the highly passionate team behind THE 64 is excited to bring you not only a classic desktop version of THE 64 but also a brand new handheld version meaning classic gaming, on the go!

THE 64 project is being designed, built and marketed by a team of people who are utterly passionate about the Commodore 64 and retro gaming. The team were previously involved in bringing to market consoles and products such as the C64DTV, and the Nintendo Wii C64 games. Specifications that are fixed are:

– Accurate recreation of the classic Commodore 64.
– HDMI video and audio output.
– We are considering composite video in addition to HDMI, for use on classic televisions.
– Multiple SIDs for stereo sound (6581 or 8580)
-New high-capacity (512MB+) writable cartridge support, with an adapter interface available later to provide classic cartridge compatibility.
– Support for current storage media (for example SD cards), with emulation of the 1541.
– Multiple joystick support for multi-player games.
– Support for many of the popular emulator game file formats.
– Firmware upgradable to support additional features and machines in the future (DTV64 features, etc.)
– Hopefully the possibility to connect original peripherals.

Jump over to the Indiegogo crowdfunding website for more details and full specifications via the link below.