We have already seen a number of gadgets here at Geeky Gadgets that have been covered in precious stones and metals , like the $3.2 Million iPhone 3GS.

Now you can get you hands on one of Apple’s new iPads covered in diamonds (although we are not sure why you would want to). A diamond company called Mervis has decided to cash in on the iPad frenzy and offer a jeweled version of Apple’s tablet. 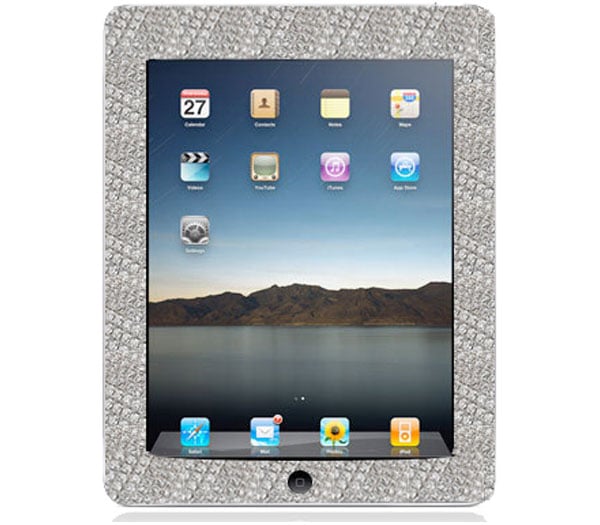 So what does your $20,000 get you? An iPad (we have no idea which version as their website doesnt mention that) covered in 11.43 carats of diamonds which have been hand set in a micro pave styling.

We have no idea why anyone would want to spend $20,000 on an iPad or any gadget for that matter, even if you can afford it. I guess some people have more money than sense.

Gizmodo via Cult of Mac