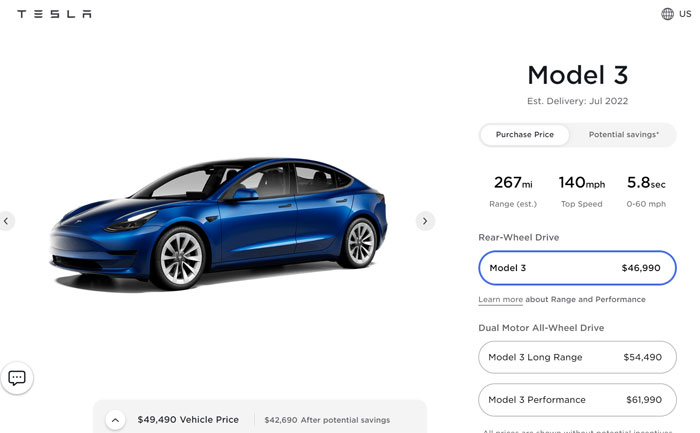 The automotive market is quite a mess, with the chip shortage conspiring to drive vehicle prices up for many automotive manufacturers. Many dealers are also tacking on significant markups trying to make as much money as possible while vehicles are in short supply. Automaker Tesla has increased its pricing again, marking the second price increase in about a month.

The cheapest vehicle Tesla offers is its Model 3, and it starts at about $47,000. Prices have been increasing for Tesla models significantly for the last year. Last week all extended range models across the Tesla line increased by $1000. The Tesla Model 3 rear-wheel drive has seen its price rise by $2000 and now starts at $46,990.