NEC has developed a new device that will automatically translate spoken word and then display the translation in your own native language on to a tiny retinal display in front of your eye.

NEC expect  to begin shipping in 2010 but its not going to be cheap. NEC are  estimating it will cost around 750 million yen ($8.16m) for  thirty members of staff… ouch. 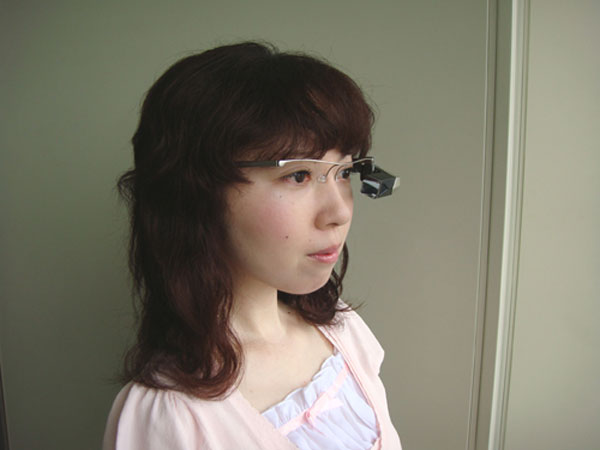 The prototype device called a “Tele Scouter” is a glasses type display that translates the foreign language being spoken by a partner and projects the translation onto a tiny retinal display.

The device mounted on an eyeglass frame consists of the retinal display, front-mounted camera and microphone, but doesn’t perform the translation itself. Rather the microphone picks up the conversation and transmits it to a portable computer worn on the user’s waist. This computer in turn transmits the information to a remote server, which is responsible for carrying out the heavy processing of converting the speech to text, translating it and sending it back to the wearable parts of the system to be displayed on the retinal display.