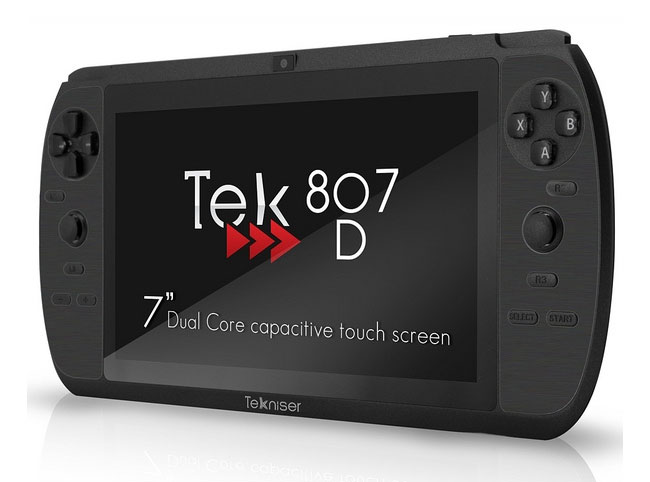 The Tekniser Tek 807D is fitted with a 7 inch 5-point capacitive multitouch screen sporting a resolution of 1024 x 600 pixels, and includes 8GB of onboard storage, as well as a microSD card slot for extra storage expansion when required.

The Tekniser Tek 807D has been designed to run for 9 hours on a single charge and weighs just 13 ounces, and will come supplied running Google’s latest Android 4.1 Jelly Bean operating system.