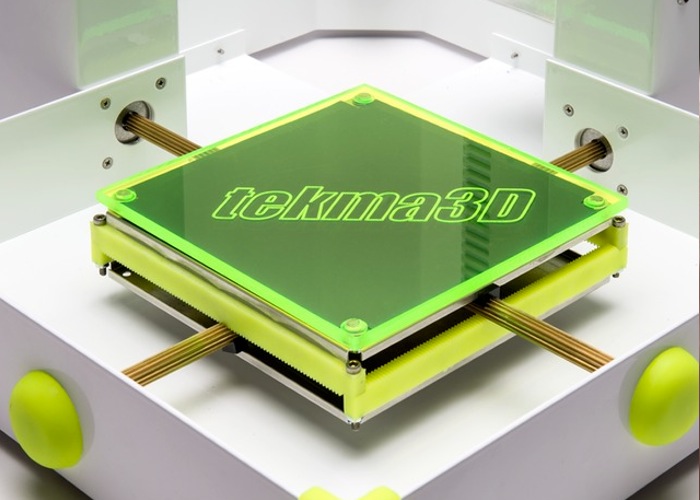 Michael Everman and Bill Spracher have this week launched a new 3D printer over on the Kickstarter crowdfunding website called the Tekma3D TM1.

The Tekma3D development team are now looking to raise $25,000 to help take the 3D printer from concept into production, enabling makers and developers to access an accurate, speedy and quiet 3D printer for a low-cost. 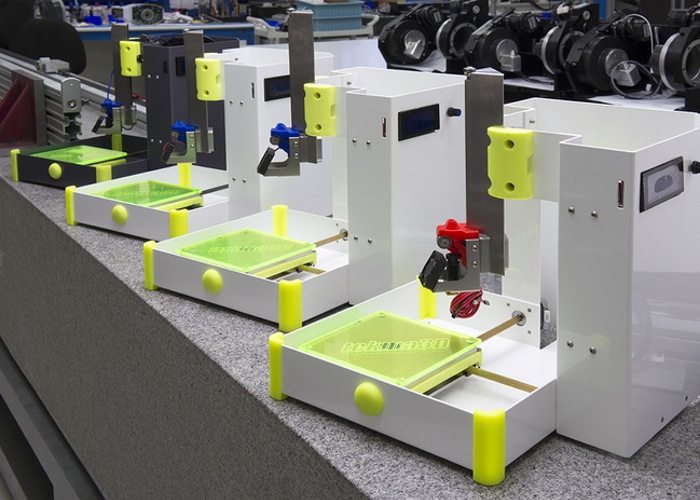 The newTekma3D TM1 3D printer has been designed to print .002-in layers at 200 mm/sec with no loss of dimensional accuracy, for a price of $1,499. Its creators explain a little more about the new 3D printers design and inspiration :

“The TM1 is not meant to be the cheapest 3D printer on the market. It’s aimed at makers, serious hobbyists and engineers who need a tool not a toy. What makes the TM1 so functional is its combination of build speed and dimensional accuracy. Consumer-level 3D printers typically offer a maximum build speed no greater than 100 mm/sec with accelerations under 0.25 G. The TM1 clocks in twice as fast and accelerates twice as quickly.

Based on sound mechatronic principles, the TM1 design draws on our years of experience designing and building industrial robotics and motion control systems. Right from the start, we knew that we needed to create a low-cost, high-fidelity motion platform. We immediately ruled out belt drives, which have too much flex, or “wind-up” slop for our needs.”

The Tekma3D TM1 3D printer project is currently over on the Kickstarter crowd funding website looking to raise enough funds to make the jump from concept to production.

So if you think the Tekma3D TM1 is something your design and development could benefit from, or get you started in the 3D printing world, visit the Kickstarter website now to make a pledge and help the Tekma3D TM1 become a reality.