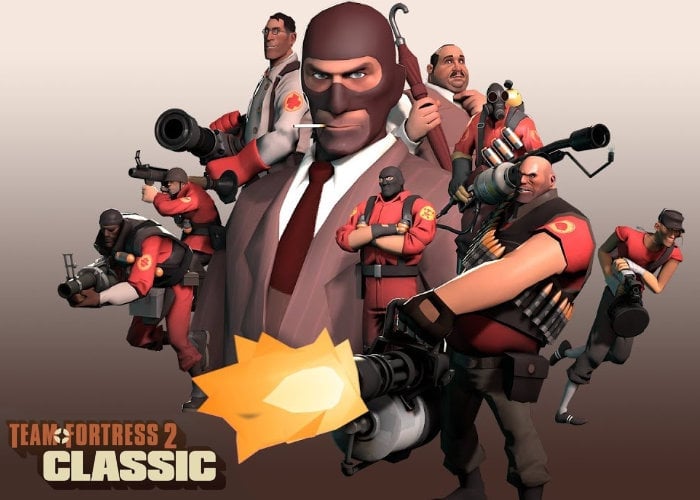 Featuring old features that were scrapped and worked upon, or new content such as new weapons and gamemodes. Such gamemodes consist of original core TF2 gamemodes ranging from Capture the Flag to Special Delivery, Valve’s own additions such as VIP and Domination, or even the addition for two new teams in several existing modes.

“It’s finally here! The moment you’ve all been dying for… or, will die for… The Release of Team Fortress 2 Classic, and the brand new update to ship with it, The Death & Taxes Update! It’s finally here, and NOW we can let you use all those shiny new weapons and kill each other on all the brand new maps introduced in this update, all the maps returning from the past, as well as a handful from Live TF2!

But don’t forget to read the last page, we’ve packed so much into Day Four that we can’t explain it all in this blog post alone! There’s even a few more weapons in there, ported from Live TF2, just in-case your baby hands need something familiar to grasp onto while the other players are busy ripping you to bits!”

The final day! Day 4 of The Death & Taxes Update, the official release of Team Fortress 2 Classic, is now live!