Talon for Twitter is one of the best Twitter clients available in the Google Play Store, especially if you find the official app to be insufficient for you.

Recently, the application received a major update that brings tons of new features and improvements to the app, thus improving its overall experience for users. 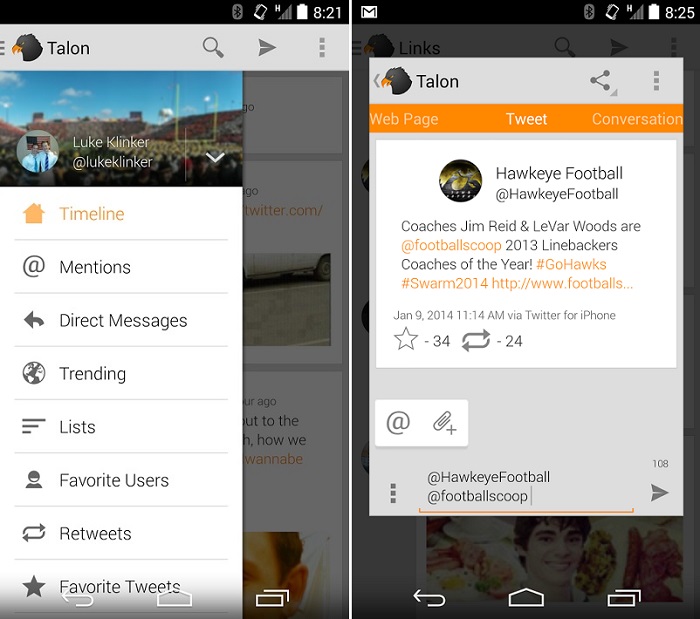 Among the few new features is a floating compose button, which used to reside in the action bar, and now floats on the lower side of the screen. Additionally, it comes with battery saving measures as well, which automatically shuts down the app to preserve battery when there’s no data connection. It restarts again when the connection is available and shows you all the latest tweets. The update adds dozens of more new features which you can check out below.

Additionally, it also comes with a whole loads of improvements to improve the user experience of the app, including some layout optimizations, improved image sizing, photo viewer tweaks and more. Here’s a list of some of the new features and improvements introduced in the Talon for Twitter 2.0. To view the complete change log, visit the source link below.

If you’re Talon for Twitter user, now might be a good time to check for the update that’s waiting for you in the Google Play Store. For starters, it’s one of the best Twitter clients available for Android and costs $1.99.