If you are looking for a change from the numerous first-person shooter (FPS) video games being showcased at this years E3 games conference in Los Angeles. You might be interested in a new game called Take On Mars created by Bohemia Interactive the developers of the awesome ArmA series of simulations. 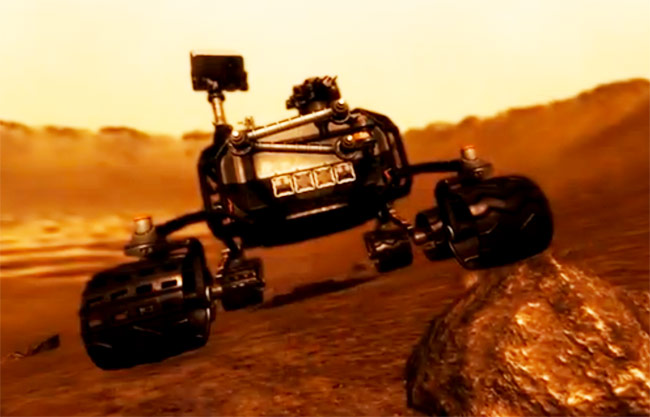 Take On Mars has been created to put players in the seat of a rover operator on Mars and allows you to control the various, fully simulated mobile rovers and stationary landers. Watch the video below to see Take On Mars in action and glimpse at waht you can expect from the game. Bohemia Interactive explains a little more.

“With this scientific arsenal at your disposal, you will work your way through the numerous Science Missions in each location, unlocking the secrets of Mars’ distant past. Explore the scarred face of another world. Journey through rocky terrain and sandy wastes, pushing your vehicles to the max in this new installment to the Take On series.”

Take On Mars is currently being developed for release on PC systems and will be reasonably priced says Bohemia Interactive.