If you are a fan of the original Space Invaders game, first launched back in 1978, you can now relive the experience using this great Taito InvaderCade, transforming your iPad into a Space Invaders authentic arcade cabinet. 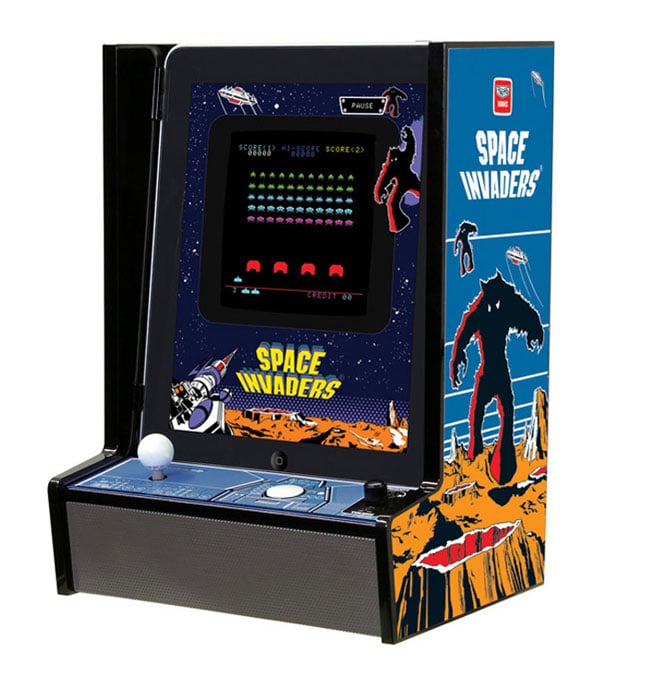 Unlike the iCade which has 8 buttons the Taito InvaderCade is equipped with just one button and a joystick, just enough to allow you to play Space Invaders. Its measures 25 x 23 x 35 cm and charges your iPad whilst its docked and is equipped with stereo speakers and a headphone jack.

The InvaderCade will be arriving in Japan on October 11th for around $205, but currently there is no information on a worldwide release date as yet.