A new standalone application has been rolled out called Tadda 3D this week which brings with it a number of features, one of which empowered you with ability to create 3D photos from within the application.

Following on from the recent update that was rolled out to the none 3D Tadaa app earlier this month, the new standalone Tadaa 3D app uses the same object-detection feature. 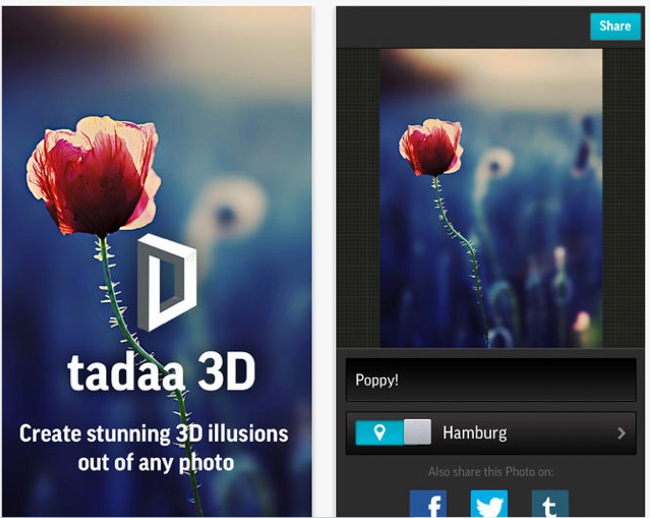 Simply take a photo using the Tadaa 3D app and then draw around the subject you would like to give the 3D effect to on your mobile screen.

You can also then add extra filters, edit by cropping or adjusting the brightness, contrast and saturation, and then once you are happy with the finished result share it with your friends.

“Create breathtaking 3d illusions or simply fun animations for your friends! tadaa 3D photos react as you move your phone! Plus all the goodies that you know from tadaa”

The new Tadaa 3D app is now available to download from the iTunes App Store and is priced at $3.99.