US mobile carrier has now started selling the new Samsung Galaxy S III on their network, the handset is available for $279.99 after a $50 mail in rebate when you sign up to a new two year contract with the carrier. 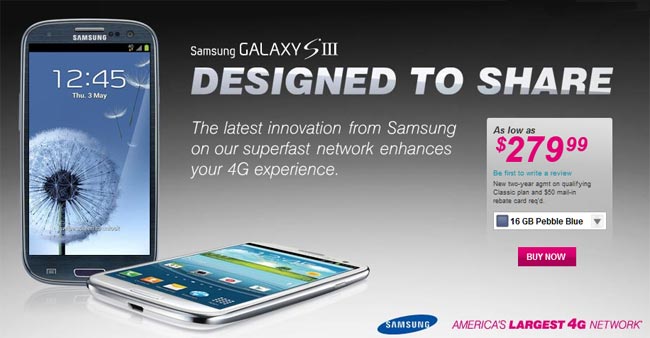