The people of Sweden are an industrious lot, excelling at stuff that usually invovles much skill and manual dexterity. Small wonder than that every once in a while, news pops up of a Swedish DIY at home project gone awry.
Remember that Guitar Gun from some time ago? Anyway, Richard Handl is one guy whose name deserves to be cast unto legend. See, the deal with Handl is he endeavored to build a nuclear reactor in his kitchen. The real wow part is his lengthy blog has  kept the internet (or anyone who cared) aware of his activities. The plot does thicken however. 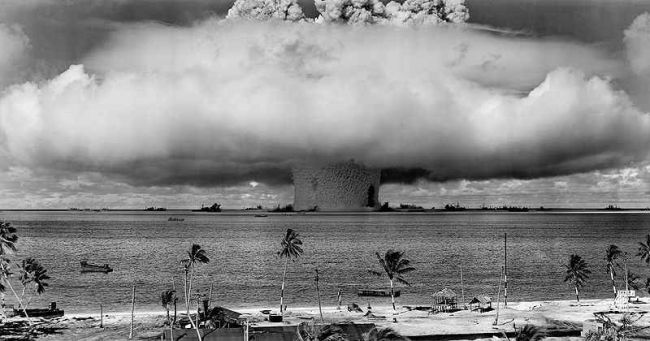 While the general internet-connected public was theoretically informed of his actions thru a blog, it took a rare query to an energy institution to get him in trouble. After a small experiment in his kitchen cause a ‘minor meltdown’ Handl tried to ask assistance from the Swedish Radiation Safety Authority who responded a few days later with three representatives and a lot of policemen.
In what would pass for comedy gold if it weren’t heartbrekingly true, the DIY enthusiast posted the following after his short incarceration:

Wednesday, I was arrested and sent to jail, when the police and the Swedish Radiation Safety Authory searched my apartment. They took all my radioactive stuff, but I was released after a hearing. But I am still suspekt (sic) for crime against the radiation safety law.I was ordered by the police to get out of the building with my hands up, then three men came, with geiger-counters and searched me. Then I was placed in a police-car, when Radiation Safety Authory went into my apartment with very advanced measure-tools.
So, my project is canceled!

fety Authory went into my apartment with very advanced measure-tools.

Since then, Handl’s epic science project has gone viral. It seems he is undaunted with all the news coming in from all over the world lifting his spirits (he even links to these in recent blog posts). We raise our ale mugs to the champions of rugged, individualistic, cutting-edge science everywhere.