When we talk about common school stuffs, they say, pencils are made for kids while pens are for adults. 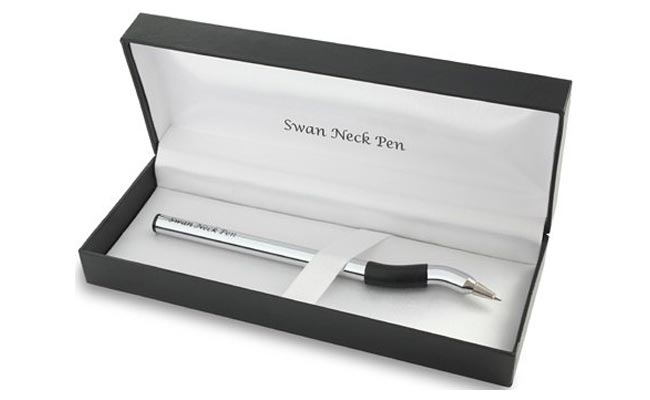 Perhaps since a pencil is ended with an eraser, and so, kids are then allowed to have access removing their childish errors more easily. Whereas for adults using pens on permanent ink, every action that has been made is now hard to get rid off; hence, it should be used with genuine responsibleness.

But being literally involved with this pen thing, did you know that there is this kind of pen that would aid the starters to write the right way? Introducing, the Swan Neck Pen that is far from the typical pens available in the market.

Unfortunately, not all pens are suited for every user. Sometimes, there are times the hands got strained when writing in different angles. Good thing, this Swan Neck Pen can correct a lot of disorderly forms of writing methods including the fist, hook style, underwriter and overwriter. It is a curved pen that nears the writing tip to make it easier to note down effortlessly.

You can purchase this amazing pen at $6.90 in Amazon.