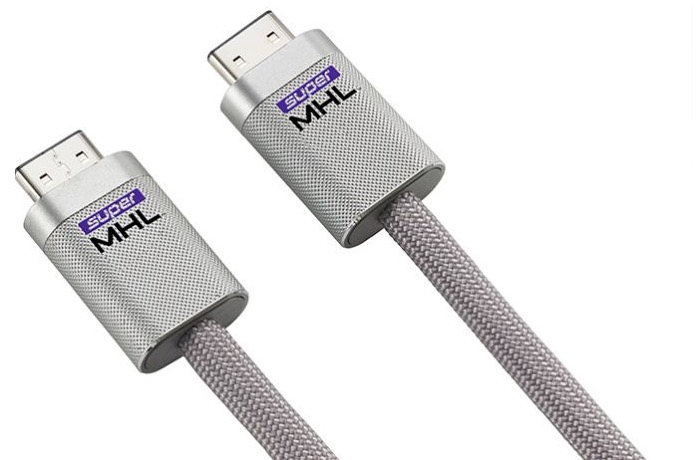 This week the MHL Consortium has announced the launch of its new superMHL specification offering the next generation of MHL technology by supporting 8K video resolution and expanded audio formats.

The new superMHL format is capable of 120 frames per second with colour ranges up to 48-bit providing a more realistic and natural picture on supporting devices.

“superMHL mandates a minimum set of feature requirements so consumers are guaranteed a full video experience on their 4K or 8K devices. To support these advanced features, MHL has introduced the new reversible superMHL connector. This 32 pin connector can carry concurrent video, data and power charging all in a slim, consumer-friendly form factor. A reversible design means that consumers don’t have to worry about the plug’s orientation or the cable’s direction eliminating frustration and offering a high level of flexibility.”

“As the world’s leading TV brand, Samsung continues to innovate as an MHL Promoter to create the first 8K interface and the release of a reversible, consumer-friendly superMHL connector,”-“superMHL is designed for higher performance to deliver the best possible TV resolution so consumers can enjoy superior color, incredible contrast and true-to-life picture.”

For more information on the new superMHL specifications jump over to the official press release website for details via the link below.