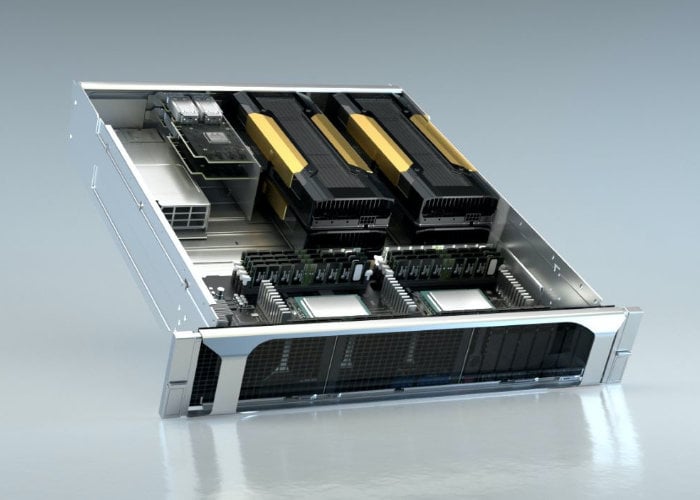 NVIDIA this week introduced its new NVIDIA EGX supercomputing platform providing the power of accelerated AI computing to the edge with an easy-to-deploy cloud native software stack. NVIDIA EGX is a cloud native, edge-first, and scalable software stack that enables IT to quickly and easily provision GPU servers. A primary component of EGX is the NVIDIA GPU Operator, which standardizes and automates the deployment of all the necessary components for provisioning GPU-enabled Kubernetes clusters.

The new NVIDIA EGX platform includes a scalable range of NGC-Ready for Edge validated servers, from the Jetson Nano handling traffic cameras in a smart city, to a single edge server with NVIDIA GPUs installed in the back room of a retail store, to an entire fleet of servers comprising a micro data center for telecommunications operations, explains NVIDIA. The NVIDIA EGX stack is compatible with a wide range of form factors enabling businesses to scale edge operations quickly and efficiently, from cameras and devices to a remote large-scale data center For a variety of Internet of Things projects using the latest 5G connectivity.

BMW, NTT East, P&G, Las Vegas and Samsung Electronics, are early EGX deployment and is using AI at the edge for highly complex semiconductor design and manufacturing processes. “Samsung has been an early adopter of both GPU computing and AI from the beginning,” said Charlie Bae, executive vice president of foundry sales and marketing at Samsung Electronics. “NVIDIA’s EGX platform helps us to extend these manufacturing and design applications smoothly onto our factory floors.”

For more details on the NVIDIA EGX supercomputing platform jump over to the official NVIDIA website by following the link below.