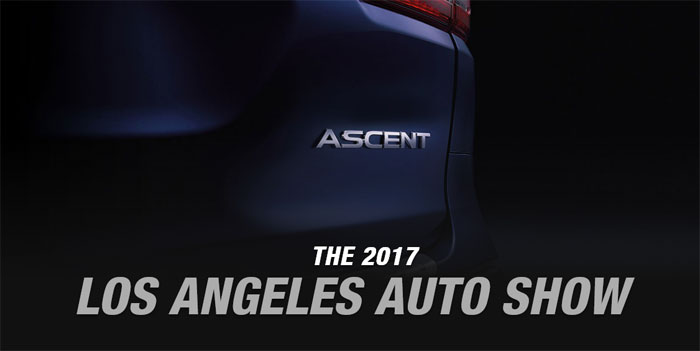 Subaru is teasing a big announcement for the 2017 LA Auto Show. At the event, Subaru will pull the wraps off the all-new 3-row Ascent SUV. The SUV is a much larger Subaru than is in the line now with Subaru calling it “family-sized” and versatile.

Right now, the largest Subaru crossover/SUV available is the Forester, and it’s not a large vehicle. Subaru is playing coy with details for now, but you can expect AWD as standard.

AWD is what Subaru is famous for. Subaru will live-stream the event and you can watch on Subaru’s website at the source below. We are now 13 days, 13 hours and 5 minutes from the unveiling as of writing. The Ascent concept debuted back in April.