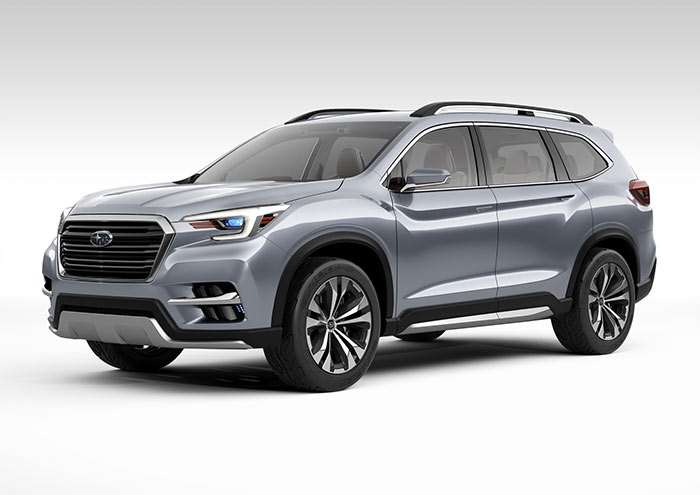 Sales for Subaru are booming with the company growing quickly. Right now the most space you can get in a Subaru is in the form of an Outback, but that will be changing starting next year. Subaru will have a new 3-row SUV called the Ascent that will roll into showrooms in 2018.

The Ascent concept debuted in New York and it is a very nice looking vehicle. Power for the SUV will come from a new turbo direct injection boxer engine. It’s unclear just how much power that engine will make. The Ascent will hold seven passengers.

Subaru says that the Ascent will go into production and is to be built on a modified version of the Subaru Global Platform that debuted last year. The Ascent will be built exclusively in Indiana. It measures 198.8 x 78.3 x 72.4-inches and has a 117-inch wheelbase. No word on pricing at this time.