A student at Colorado State University, Greg Schroll has built a spherical robot that can climb over obstacles and navigate the toughest terrains.

The Spherical Robot uses gyroscopes to drive and turn the robot by creating torque on the robot, check out the video of it in action after the jump. 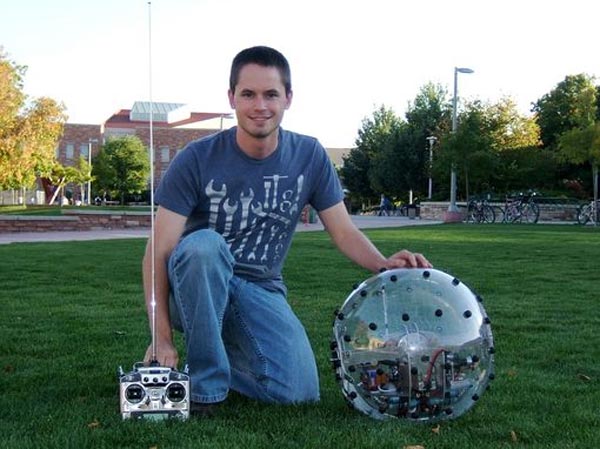 “What I have is a concept prototype.” Schroll says. “My hope is that what I created can someday be deployed in a real situation, but there is still a lot of work to do.”

The project grew not from some quest to do good through robots, but from a quest to screw around. “Growing up, I was involved with projects that interest me, pretty much for fun,” Schroll says. “The spherical robot started as a thesis project at MIT, but I though it was cool, and once finished I realized this had some serious applications.”

Head on over to Westword for more details on this cool Spherical Robot.