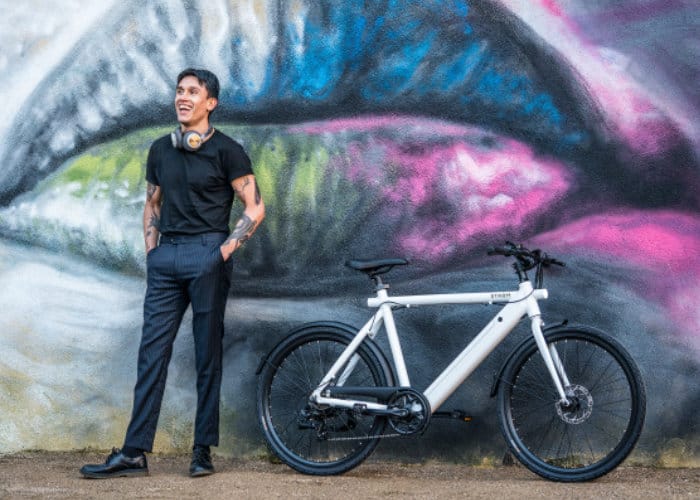 Strom Bikes located in Denmark, has developed a new electric bike called the Strom City which has already raised over $300,000 via Indiegogo thanks to over 400 backers still over a month left on its crowdfunding campaign. The Strom electric bike is available to back with early bird pledges available from $899. Watch the demonstration video below to learn more about the feature-packed electric bike which is now available to back at a discount of 55 percent.

The Strom e-Bike is capable of reaching 20mph or 32kmh and is equipped with a rechargeable battery that can power the bike to a distance of 50 miles or 80 km on a single charge. The electric bike is also fitted with an integrated lighting system and powerful 350 W silent motor which can be controlled using a thumb throttle or assisted using pedals. Other features include a Shimano seven speed gear system, mobile charging system and dual disc brakes. “STRØM CITY is a feature-packed, streamlined e-bike designed for one thing, and one thing only: transporting you from A to B with ease.”

For more information jump over to the official crowdfunding campaign page by following the link below, where a full list of all available pledges is available. The Strom City is available in three colours to match your personal style allowing owners to choose between matte black, moon grey or shiny white.