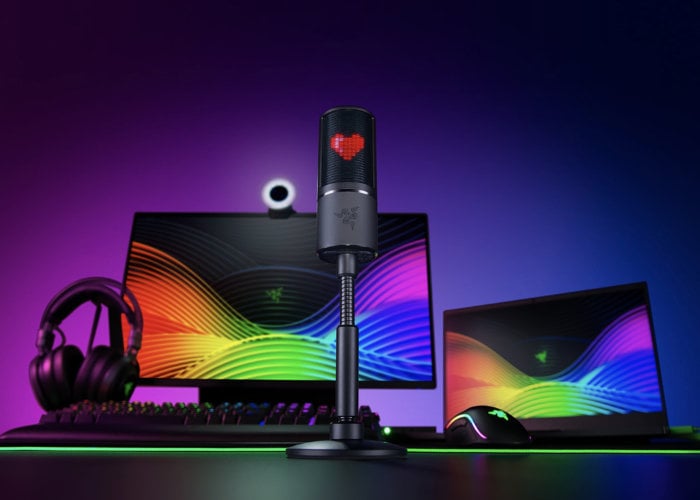 Razer has this week launched a new streaming USB microphone equipped with a shock mount designed to “nerf” vibrations allowing your stream to remain smooth and interrupted. The Razer Seiren Emote michrophone is now available to purchase directly from the Razer website priced at $180 and comes complete with its own companion application. Allowing you to easily customise the LED display with a variety of remade emoji is or displaying your own custom creations.

“With the Streamer Companion App, add a new level of audience interaction and have emoticons trigger on the Razer Seiren Emote during different parts of your stream. From new followers and subs, to donations and keywords in chat, decide when and what emoticons appear to best suit your style of streaming. Setting itself apart from other broadcast USB microphones, the Razer Seiren Emote has an 8-bit Emoticon LED Display powered by our Emote Engine, which includes a huge collection of over 100 animated and static emoticons.” 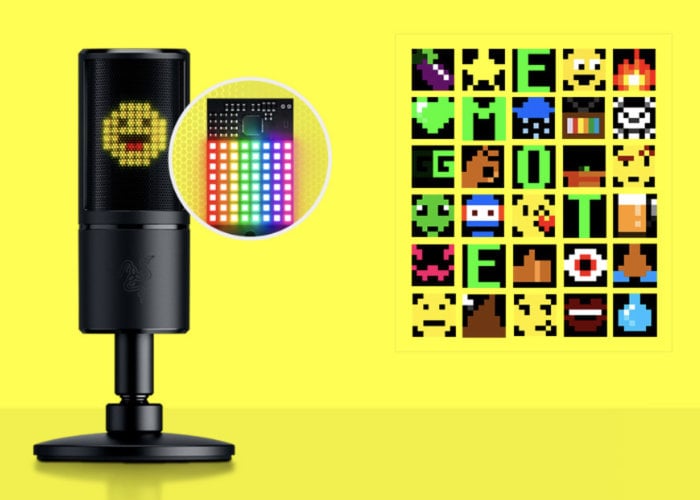 Features and specifications of the new Razer Seiren Emote microphone :

“Wow your followers and take your showmanship to new heights with the Razer Seiren Emote—the world’s first USB microphone that uses emoticons to interact with your audience. Keep your streams fresh and fun, and have them coming back for more with an extra level of entertainment that lets you stand out from the rest.”