With unemployment at record levels, it’s great to hear menial jobs are now destined for robots. Cheeky statements aside, there’s absolutely no photo evidence available of these so-called strawberry pickers. So in absence of such material, let a stand in suffice for now. 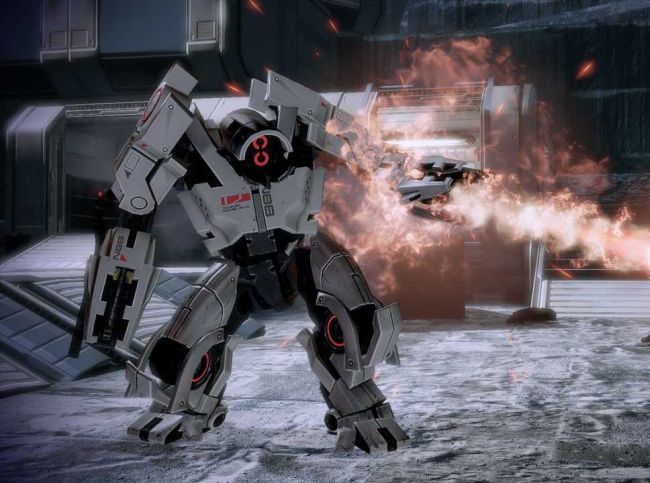 Yes, that’s a combat mech from Mass Effect 2. Fitting ain’t it? But don’t worry because the NPL don’t intend theirs to fire rockets.

Anyway, the really smart people over at the (again) National Physical Laboratory in the merry olde United Kingdom have been developing a picker robot since 2009. Initial tests involved cauliflowers but that proved unsustainable due to the vagaries of demand.

The value of having robots pick strawberries is plain and simple. It all boils down to efficiency and, uhm, further efficiency. There’s this feeble suggestion having robots do the job reduces waste, but then again that’s a tricky claim.

Though not operational yet, there might soon come a time when robots are fulfilling broader roles in agriculture. Which sucks because our species strongest connection to the land is sundered as a result. Oh well, at least the redundant part of the populace can use their downtime to either play musical instruments, chill out, or read books.

If you’re wondering why strawberries, it has to do with the fruit’s water content that makes t trackable by the robot’s multi-faceted software. Interesting.