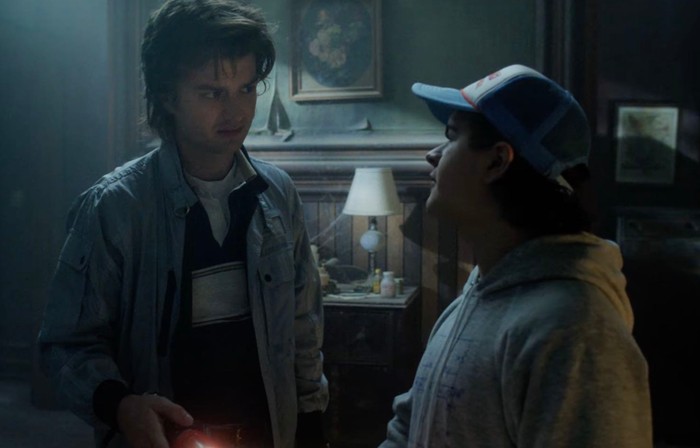 Stranger Things fans are sure to enjoy the new teaser trailer for the upcoming and highly anticipated Stranger Things season 4 which will premiere on Netflix sometime in 2022. Stranger Things 4 has once again been produced by the show’s creators the Duffer Brothers, along with Shawn Levy, Dan Cohen, and Iain Paterson.

“Matt Duffer indicated one of the plot’s “broad strokes” is the main center of action being moved out of Hawkins, Indiana, for the majority of the season, a series first. He also indicated the several loose ends left by the ending of season three, such as Hopper’s perceived death and Eleven being adopted by Joyce Byers and relocating with her new family out of state, will all be explored sometime during the fourth season”

“We’re excited to officially announce that production for Season 4 is now underway—and even more excited to announce the return of Hopper! Although it’s not all good news for our ‘American’; [Hopper] is imprisoned far from home in the snowy wasteland of Kamchatka, Russia, where he will face dangers both human… and other. Meanwhile, back in the States, a new horror is beginning to surface, something long buried, something that connects everything…”