If the title of this post grabbed you by the collar, well and good. Problem is Steve Jobs was never in Taiwan—an impersonator was though and he was giving a keynote about a tea brand. There’s a rather awkward video after the jump, but before that, won’t you agree that dear old Steve is one of the greatest salesmen on Earth? (He is! He is!) 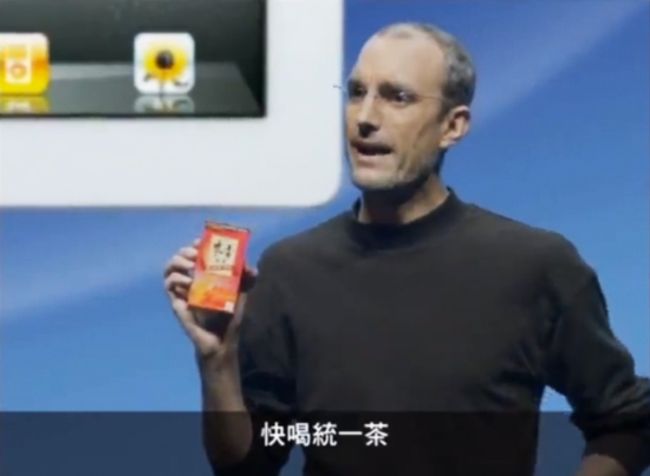 The ad featuring the Steve Jobs impersonator isn’t a pure spoof since it’s actually a tie in for an iPad 2 promo involving the tea brand. In Asia, commercial tea in various flavors is a huge business.

Like the saying goes, imitation is the best form of flattery. But we doubt Steve will be pleased after seeing this parody of his trademark presentation style. Apple is notorious for its decisive actions done in the name of protecting its hallowed brand and its greatest proponent. Still, if you’ve ever been wowed out of your socks by Steve Jobs (the real one), the vid below should be quite the attraction.