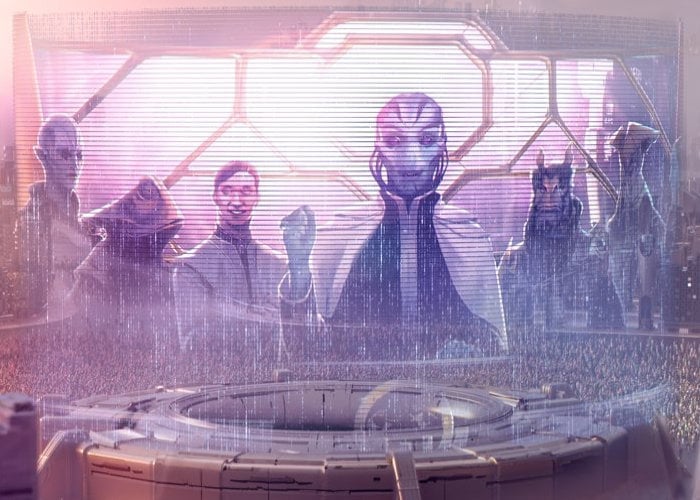 Paradox Interactive has this week confirmed that the Stellaris’ upcoming diplomacy-driven expansion, Federations, will be available to play on PC systems from March 17th 2020 onwards. Stellaris: Federations is now available for pre-order for PC priced at $19.99, €19.99 or £15.49 depending on your location, And the expansion requires the base game Stellaris.

“The pen is mightier than the plasma launcher in this expansion that focuses on the galactic community and its internal politics with expanded capabilities for federations and the establishment of a powerful galactic senate.”

Features of the new Stellaris Federations expansion include :

– Expanded Federations: With expanded diplomacy capabilities, players can build up the internal cohesion of their Federations and unlock powerful rewards for all members. Whether you join a Trade League, Martial Alliance, or Hegemony, membership can be extremely advantageous.
– Galactic Community: Unite the space empires with a galactic senate that can vote on a wide range of resolutions to drive legislative agendas. For example, players can pass a resolution to increase commitments to collective defense or funnel profit towards wealthy elites. Members can also sanction those who defy the community, and enact a single galactic focus. Sway the senate to position yourself as a leader, trading favors and maneuvering, doing whatever it takes to gain influence among schemers.
– Origins: Each empire has a story that shapes its path. Give your civilization deeper roots with the new system of Origins. By choosing an Origin, players can flesh out their empire’s background and alter its starting conditions. Whether it’s Void Dwellers who have abandoned their homeworld to live in perpetual orbit, or a society that worships and protects a powerful Tree of Life, you can lay the groundwork wisely for the seeds of your empire.
– New constructions: Construct glorious new projects for your empire like the Juggernaut, a massive mobile starbase that provides a moveable repair base even in enemy territory, or the Mega Shipyard, a new megastructure that can churn out fleets with incredible speed. Offering both tactical advantages and a good dose of shock and/or awe, these are sure to be an asset to any space empire.