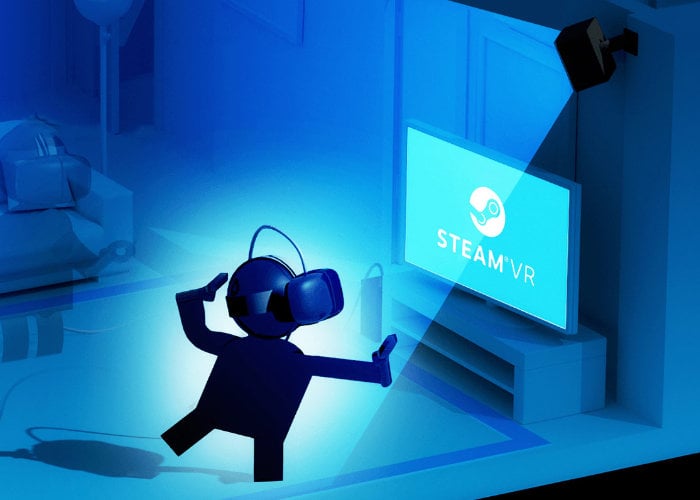 Within Valve’s 2019 Year in Review, the company has provided more details regarding what you can expect to be added and made available during 2020 for the SteamVR platform and virtual reality. Valve has confirmed its development team is hard at work creating SteamVR 2.0, which will feature a “number of customer experience improvements”.

“This past year we continued our commitment to high-end PC VR. Back in April, we announced our own headset and controllers called the Valve Index, which began shipping to customers in June. The Index headset and controllers were designed from the ground up to push the envelope for what was possible with high-fidelity VR experiences, from graphics to audio to input. While we believe that the Index delivers the best-in-class VR experience a user can have, it certainly isn’t the only way to experience VR games on Steam. SteamVR supports nearly two dozen headsets, including the HTC Vive & Cosmos, Oculus Rift & Rift S, Pimax HMDs, Samsung Odyssey, and many other Windows MR headsets.

Speaking of the software side of things, SteamVR had over a hundred beta updates throughout the year, with nearly a dozen “point” releases making it out to the public at large. It was largely a year of stability fixes, but some notable changes added support for Oculus Rift & S and Motion Smoothing for AMD GPUs, plus big improvements to the VR View window, audio management, and settings. Oh, and we also revealed Half-Life: Alyx to the world in November, and are pushing towards a March 2020 release. With all of the ways Steam enables players to enjoy your games on Steam, we’re happy to report that we delivered over 20 billion hours of gameplay in 2019.”

For more information on what you can expect to be rolled out to the SteamVR platform during 2020 jump over to the official Steam community site for more details. Here are just a few things you can expect to see from Valve in the coming year :

– Data Deep Dives – We’ve seen a lot of analysis from third parties that have taken a stab at figuring out how games are doing on Steam (and overall health of the platform), based on the limited amount of data that is publicly available. Since we have access to more data, we thought it would be useful to do our own analysis and share the results as a multi-part series of blog posts.
– Soundtracks – We’re adding new functionality to better support gaming soundtracks.
– Steam Trust – Trust (the tech behind Trust Factor Matchmaking in CS:GO) shipped in a closed beta to several partners last year and is being rolled out to all partners later this year.
– Steam PC Café Program – Launched in an open beta last year to over 8 thousand sites, we’re working on bringing the program to schools and libraries, along with the expected Cybercafés, PC Bangs, VR Arcades, etc.
– Steam Labs – More top secret experiments are actively being tinkered with, and we’re planning on graduating some of these features so that they are available to everyone.
– SteamVR – The team is hard at work on SteamVR 2.0, which will feature a number of customer experience improvements.
– Top Lists – We’re taking what we learned from the top lists posted in Steam News this past year to develop new store destinations designed to display compelling trending content to customers.
– Steam Mobile App – The mobile app is getting a refresh to add more login types and help users secure their accounts.
– Sale Events – Building on features that first shipped in the 2019 Lunar New Year sale, we’re exploring more ways to reward users for participating in sale events throughout the year.