Reddit user CodyOdi has published photographs of a new steampunk PC he has created, which would be perfect for enjoying a little gameplay on the new BioShock Infinite game.

As you can see from the images below CodyOdi has incorporated a numbe rof awesome features into his steampunk PC including plenty of brass cogs and finishes, right down to the systems speakers. 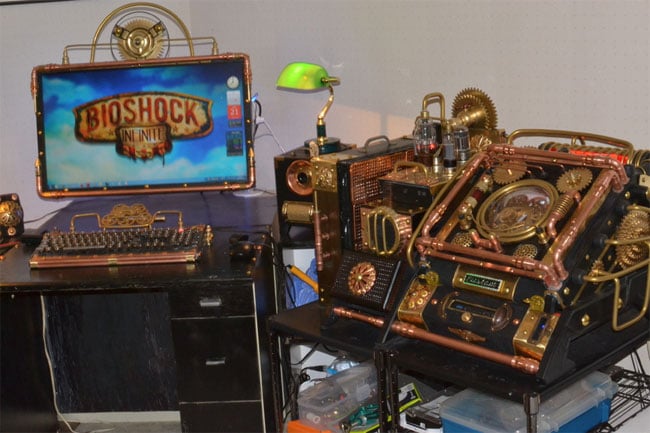 The steampunk system originally started as a Aerocool Strike X case which is a little weird looking in its self and has been designed to allow air to circulate around your PC components. Check it out over on the Areo Cool website.

The finished steampunk PC has done a great job of masking the original PC case and added bulb sand valves make the finish system an awesome addition to the catalogue of steampunk PCs we have featured here on Geeky Gadgets over the years. 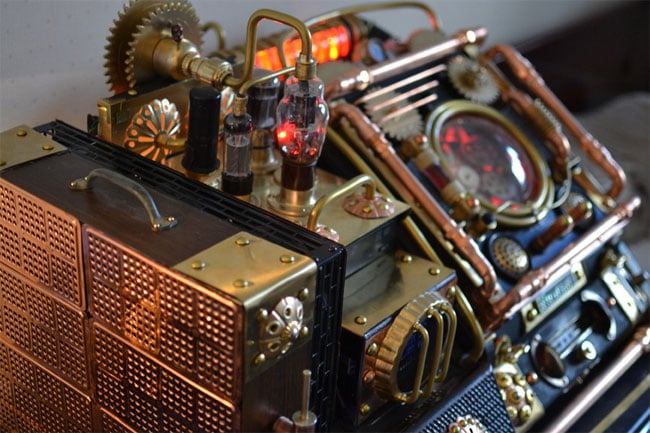