Following on from yesterday’s unveiling of the new Valve Steam Machines which have now started landing in the hands of the 300 lucky beta testers, that were selected by Valve earlier this month to trial and test the new Steam Machine gaming systems.

An in-depth video created by Corey Nelson  has been posted on YouTube revealing what’s inside the new Valve Steam Machine and allowing you to see just exactly what hardware has been included by Valve in their new highly anticipated games system, running Steam OS. 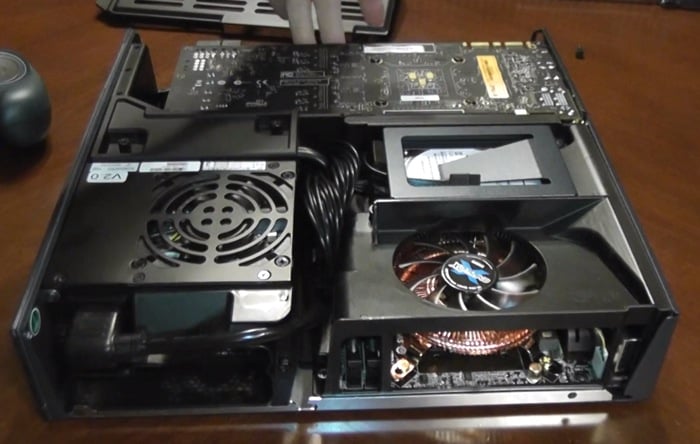 Via Reddit another Steam Machine tester  “colbehr” revealed the specs of his machine, reporting that it features a quad-core Intel i5-4570 CPU clocked up to 3.2 GHz, 16 GB of RAM, a GeForce GTX 780 GPU with 3 GB of VRAM, an ASRock Z87E-ITX motherboard, and a Silverstone ST455F power supply.