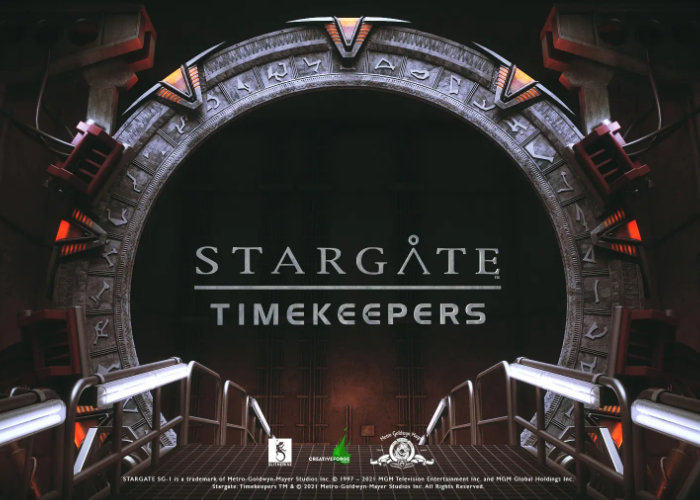 Creative Forge Games has released a new teaser trailer for the new PC game Stargate: Timekeepers based on the Stargate movies and TV series. The new game is being developed in collaboration with Metro Goldwyn Mayer (MGM) and will offer gamers a real-time strategy game. Unfortunately, not much else is known about the new Stargate PC game but as soon more information is made available we will keep you up to speed as always.

“The world leading producer and publisher of digital strategy games, is proud to announce that it will develop and publish Stargate: Timekeepers, the first-ever strategy PC game based on the fan favorite series, Stargate SG-1. Stargate: Timekeepers departs from the end of season 7 of the Stargate SG-1 main plot to create a wholly original story starting during the Battle of Antarctica, where Command Eva McCain and her team are tasked with supporting the SG-1 against Anubis’s fleet.”

“The aftermath of the battle sees Commander McCain and her squad face an epic adventure that spans multiple original locations. In Stargate: Timekeepers, players will travel through time and space, save civilians from the threats of their system lords, rescue their friends and allies from danger, and much more.”