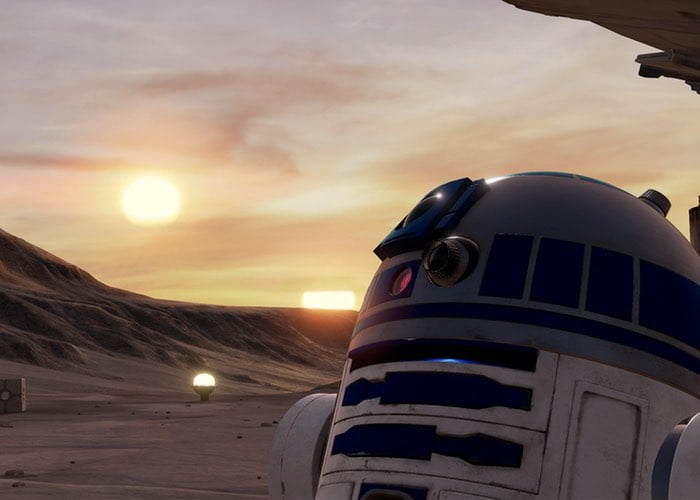 Those of you lucky enough to own a HTC Vive virtual reality headset, may be interested to know that from today the Star Wars VR game, Trials On Tatooine has been made available for the HTC Vive hardware as a free download via Steam.

To whet your appetite and see what you can expect from the Star Wars VR game watch the gameplay demonstration below kindly uploaded to YouTube by Polygon back in March of this year, as well as the official Trials On Tatooine trailer.

The Trials On Tatooine game takes place between the events of Return of the Jedi and The Force Awakens. Putting you in the role of a Padawan who serves as Luke Skywalker’s Jedi apprentice. Once installed the Star Wars experience provides cinematic gameplay together with some intense light sabre battles.

Also announced today at Star Wars Celebration Europe, ILMxLAB is bringing its critically (and fan) acclaimed VR experiment, Trials on Tatooine, to Steam VR for free. Starting Monday, July 18, anyone with an HTC Vive VR headset will be able to become a Jedi Padawan as you enjoy an experience never before available in your own home.

Thanks to VR technology and the creative talent at ILMxLAB, Trials on Tatooine transports fans into the Star Wars universe in ways previously not possible. As the Millennium Falcon descends for a landing and Artoo Detoo delivers a lightsaber that you use to deflect blaster bolts back at firing stormtroopers, you become fully immersed in the iconic desert planet.

Developed under the guidance of Rob Bredow, Lucasfilm’s chief technology officer, and co-written by Bredow and Star Wars canon-keeper Pablo Hidalgo, Trials on Tatooine allows you to truly step into the Star Wars universe for the first time Now anyone with a Vive can pick up a lightsaber and help defend a galaxy far, far away.