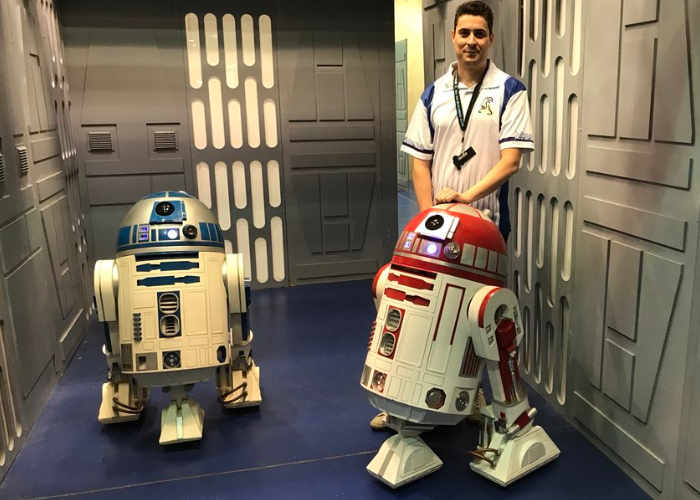 Makers, hobbyists and Arduino enthusiasts looking for inspiration may be interested in this awesome Star Wars robot R4-P17 which has been created and built by fans Alejandro Clavijo and his father Jerónimo over the last two years. Just in case you’ve forgotten the R4-P17 Star Wars robot was the companion to the young Obi-Wan Kenobi. The replica has been built using aluminium, wood and for Arduino development boards which have been combined to create a replica which has now been approved by Lucasfilm, the studio behind the saga, allowing Clavijo to bring it to official Star Wars events all over the world. Check out the video below to learn more about the build and the robots functions.

R4-P17 was an astromech droid of the R4 series that worked in the Gyndine shipyards. While he was doing repairs on the garbage compressors he was crushed in half and when Anakin Skywalker showed up to supervise the advances in the Delta-7 model, he found his remains and took it to rebuild it. He rebuilt it with a dome of an R2 series and after that he remained at the service of the Jedi Temple. Obi-Wan Kenobi used it in his mission to Geonosis in charge of navigation through hyperspace, secondary scanning and communications.

For more information and plenty more photos of the DIY Star Wars R4-P17 robot jump over to Alejandro’s website by following the link below.