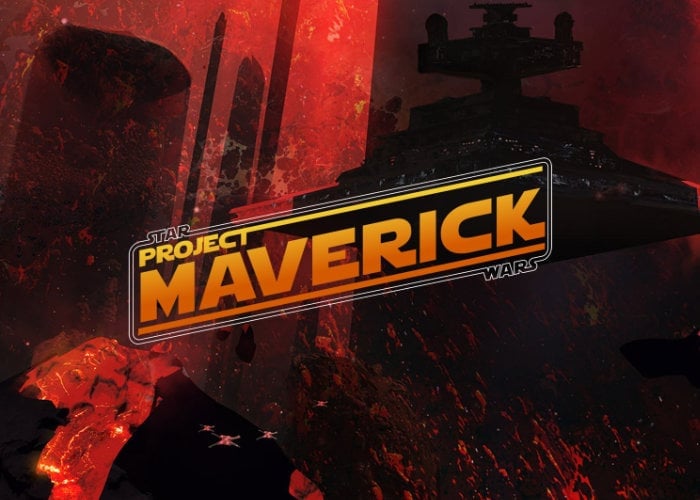 Imagery for a new Star Wars: Project Maverick game has been discovered by Restera member soulzonik via a “hidden” record on the European PSN (database), details of which were scraped and published by the bot-driven Twitter account “psnrelease”. EA as yet to announce anything about the new game although the Kotaku reports that it is one of EA Motive’s smaller and more unusual projects.

“Maverick, one of EA’s Star Wars projects, has apparently leaked onto the PlayStation Network. Kotaku can confirm that this is EA Motive’s “smaller, more unusual project” we previously reported on in February.”

The Polygon gaming website adds : “That artwork features a lone Imperial Star Destroyer and a small fleet of X-Wing starfighters, implying that the project would likely take place around the original Star Wars trilogy era. The setting for that aerial battle appears to be Mustafar, the volcanic planet sanctuary to Darth Vader. Mustafar first appeared in Star Wars: Episode III — Revenge of the Sith, and has been featured in multiple films and animated series.”

As soon as more details are made available we will keep you up to speed as always.