If you were hoping to be playing the new Star Wars Kinect game on your R2-D2 themed Xbox 360 console this holiday season. I’m sorry but you are now going to have to wait until sometime in 2012.

The Star Wars Kinect game bundle was unveiled back in July at the San Diego Comic-Con and the Kinect Star Wars game at E3 earlier in the year. The reason for the delay is apparently due to the development of the game which needs more time to finalise the finished product. 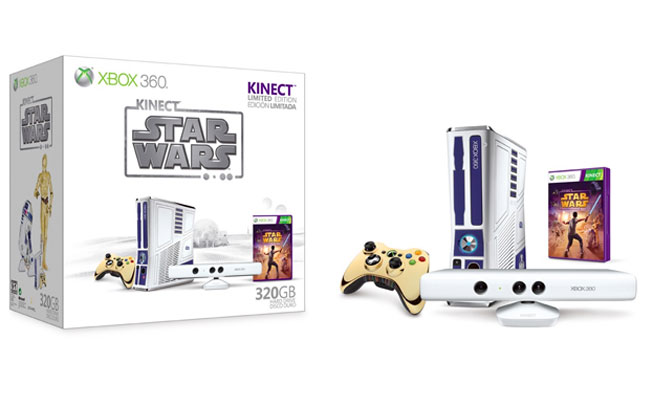 “Microsoft and LucasArts have elected to move the launch of Kinect Star Wars beyond holiday 2011 to ensure the full potential of this title is realized,”

When the new Star Wars Xbox 360 bundles does eventually launch in 2012 its expected to include : 320GB R2-D2-themed Xbox 360 console complete with custom sounds, a white Kinect sensor.

Together with a C-3PO-themed Xbox 360 controller, a wired headset, a copy of Kinect Star Wars with access to exclusive downloadable content, and a copy of Kinect Adventures and is expected to retail for around $450.