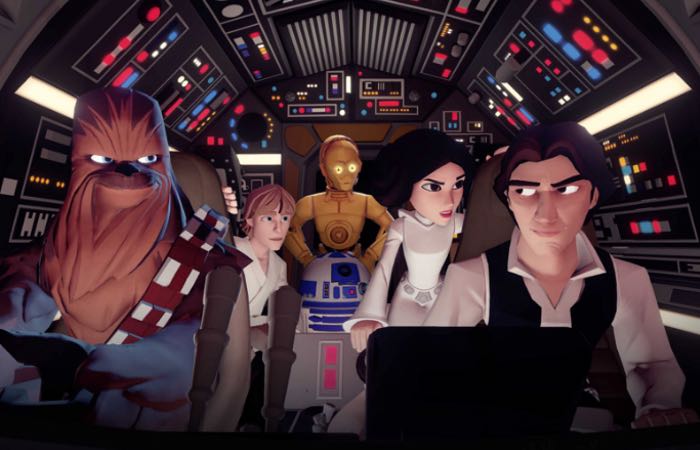 Younger Star Wars fans might be pleased to learn that Disney has today announced the imminent release of their latest addition to the Disney Infinity range of products with the launch of the new Star Wars Disney Infinity 3.0 Edition.

The new Star Wars Disney Infinity series will include three Star Wars Play Sets in the form of Twilight of the Republic set in the Episodes I-III timeline, Rise Against the Empire set during the original trilogy and the third that will be launching at the end of this year and based on the new Star Wars movie and to coincide with the launch of the Star Wars: The Force Awakens film.

Check out the trailer below to whet your appetite for the new Star Wars Disney Infinity 3.0 Edition.
Disney explains a little more :

“In Twilight of the Republic, use the Force and Lightsabers in epic battles as Anakin Skywalker, Ahsoka Tano, Obi-Wan Kenobi, Yoda, and Darth Maul. Rise Against the Empire will take you on galaxy-spanning missions with Luke Skywalker, Princess Leia Organa, Han Solo, Chewbacca, and Darth Vader.

Disney Infinity 3.0 will also include a Play Set inspired by Disney•Pixar’s upcoming film Inside Out, with all five Emotions — Joy, Sadness, Fear, Anger, and Disgust — as playable characters. Fan-requested Disney characters Mickey, Minnie, Mulan, and Olaf will also be joining Toy Box 3.0.”

For more information on the new Star Wars Disney Infinity 3.0 Edition jump over to the official Disney website.