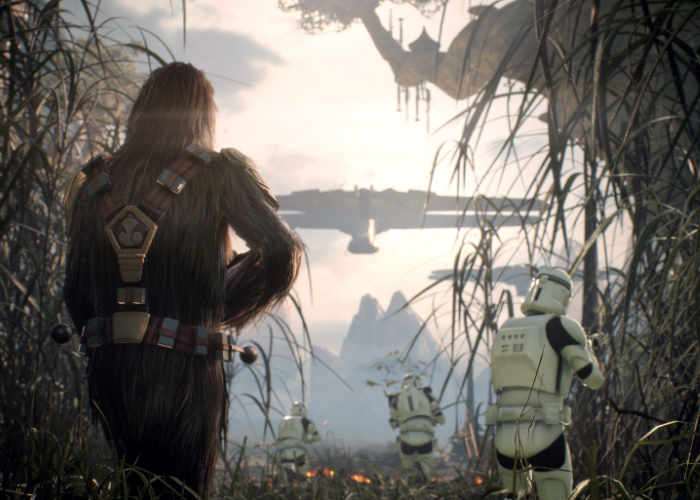 EA has released a new trailer for their upcoming Star Wars Battlefront II game which was also put through its paces at E3 2017 this week by the team over at Digital Foundry, previewing the game running on a PC under Ultra settings.

Prepare yourself to join huge battles for the fate of the galaxy across landscapes from the Star Wars prequels, original trilogy, and the new trilogy era.

There’s still so much more to see… keep your eyes on the EA Star Wars Facebook, Twitter, and Instagram accounts for the latest news, character reveals, and more leading up to the game’s launch. Preview the heroes and villains you’ll be leading into battle, the vehicles you’ll pilot, and some of the extraordinary moments you’ll discover as a soldier in a galaxy at war.

Wanna go hands-on with Star Wars Battlefront II multiplayer on PS4 Pro? If you’re in the LA area, hit up EA Play, which is located at the Palladium in West Hollywood and runs from June 10-12. You might even bump into some members of the PlayStation.Blog crew while you’re there!