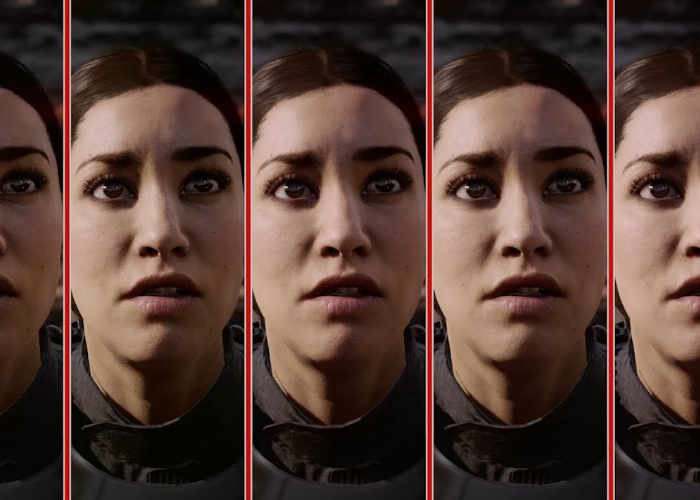 The team over at IGN have put together a quick graphics comparison, comparing the latest gaming consoles against themselves Xbox One X vs PS4 Pro vs Xbox One S vs PS4 vs PC while playing the new Star Wars Battlefront 2 game. Check out the quick two graphics comparison below to see what you can expect from each of the four major consoles and PC editions of the game. Every platform was captured in 4K Ultra HD except for the Playstation 4.

For your information and comparison the PC specifications include a Intel Core i7-6850k CPU @ 3.60GHZ processor supported by 32 GB of RAM combined with a NVIDIA GeForce GTX 1080 x2 SLI graphics card configuration with storage provided by a 1 TB solid state drive (SSD).

Star Wars Battlefront 2 will be launching tomorrow on the PlayStation 4, Xbox One and Windows PC systems and has been developed by EA DICE, Motive Studios, Criterion Software. The game will be the seventh title in the Star Wars Battlefront end as a sequel to the reboot launched two years ago in 2015. Star Wars Battlefront II features a single-player story mode, a customizable character class system, and content based on The Force Awakens and The Last Jedi movies.

– The single-player story mode campaign in Star Wars Battlefront II takes place in the Star Wars galaxy, beginning around the time of Return of the Jedi, but largely between it and Star Wars: The Force Awakens. Emperor Palpatine plots to lure an unsuspecting Rebel Alliance fleet into a trap using himself and the second Death Star, being constructed above the Forest Moon of Endor, as bait, seeking to crush the Rebellion against his Galactic Empire once and for all.