We have featured a few different augmented reality applications here at Geeky Gadgets, but I think this just might be the coolest one we have seen to date, its a game for the iPhone called Star Wars Arcade: Falcon Gunner.

As you will see in the video below, the game uses your surroundings for the game background, and gives you the impression that you are actually playing the game in your current surroundings. 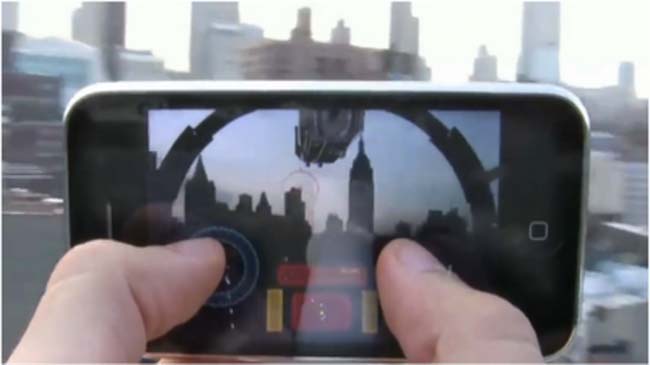 From the looks of the video, this is going to be one of the coolest iPhone apps we have seen this year, and i bet it would look even better on the iPad if the next version comes with a camera.

The Star Wars Arcade: Falcon Gunner will be available later this month, and it will be compatible with the iPhone 4, iPhone 3GS and iPod Touch 4th generation.