Rovio Mobile has released a new software update for their latest Angry Birds game, Angry Birds Star Wars, the update is called the ‘Hoth’ update and as the name suggests it brings some ‘Hoth’ themed levels to the game.

The update brings a total of 20 new levels to the game, plus a new pink bird Princess Leia character and even some AT-AT’s, there are also two new bonus levels as well. 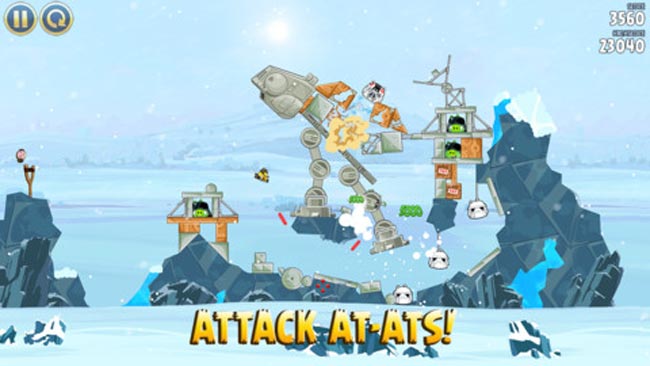 It is a dark time for the Rebellion. Evading the dreaded Imperial Starfleet, a group of freedom fighters has established a new secret base on the remote ice world of Hoth. Unfortunately the evil Darth Vader discovers their hideout, and the desperate Rebel birds must escape the AT-ATs and Pigtroopers hot on their trail. But the Rebels have an ace up their sleeve with the debut of PRINCESS LEIA!

You can find out more details about Star Wars Angry Birds over at iTunes and it should also be available for Android over at the Google Play Store later today.