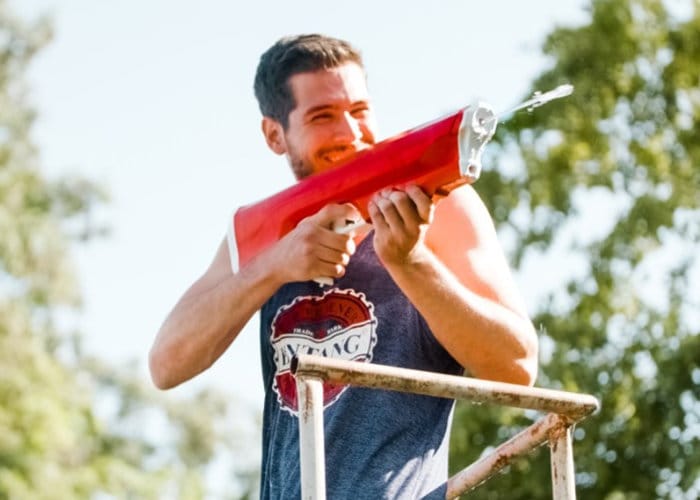 Water fights are always great fun but if you are equipped with substandard water pistols or water guns you are most likely to get a drenching. Spyra based in Munich, Germany has created a new next-generation water gun called the Spyra One which includes technology to provide a constant pressure as well as a digital display to show tank status, quick auto refill and powerful water bullet style shots.

Watch the demonstration video below to learn more about the Spyra One water can which is already raised over $200,000 via Kickstarter thanks to over 1,400 backers with still 35 days remaining on its campaign. The Spyra One water gun is available to back with earlybird pledges available from €99 or roughly £88 with delivery expected to take place to certain countries around the world during August 2019. 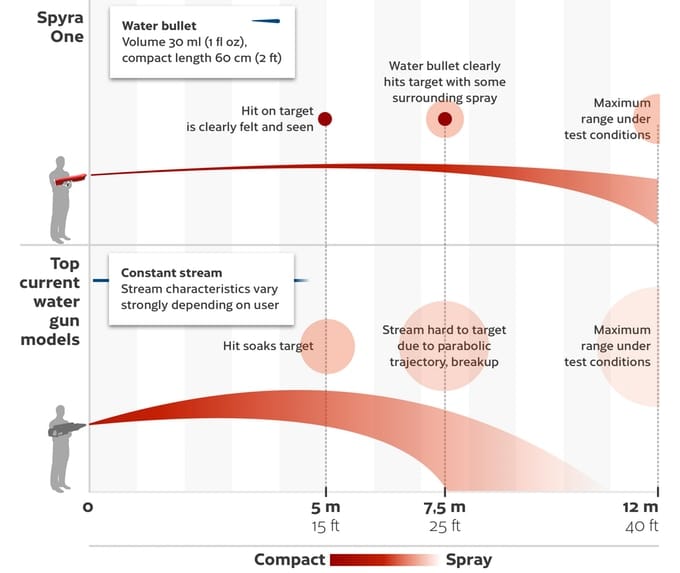 “Combining range with precision for the first time. If you’re older than five, water fighting is as much about pure range as driving is about just getting there. So Spyra One not only matches the range of the top water guns on the market. Its patent-pending valve-nozzle technology also achieves a previously unknown precision: Instead of soaking, Spyra One’s water bullets clearly hit their targets at up to 7.5 meters – that’s as far as the laws of physics allow! “ 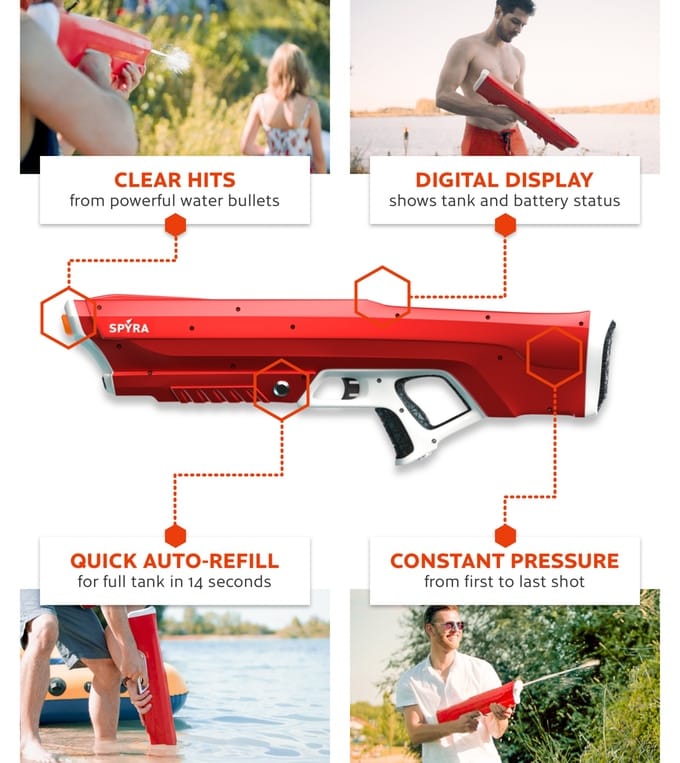 For more details, full specifications and a list of all available pledges jump over to the official Spyra One Kickstarter crowdfunding campaign page by following the link below. 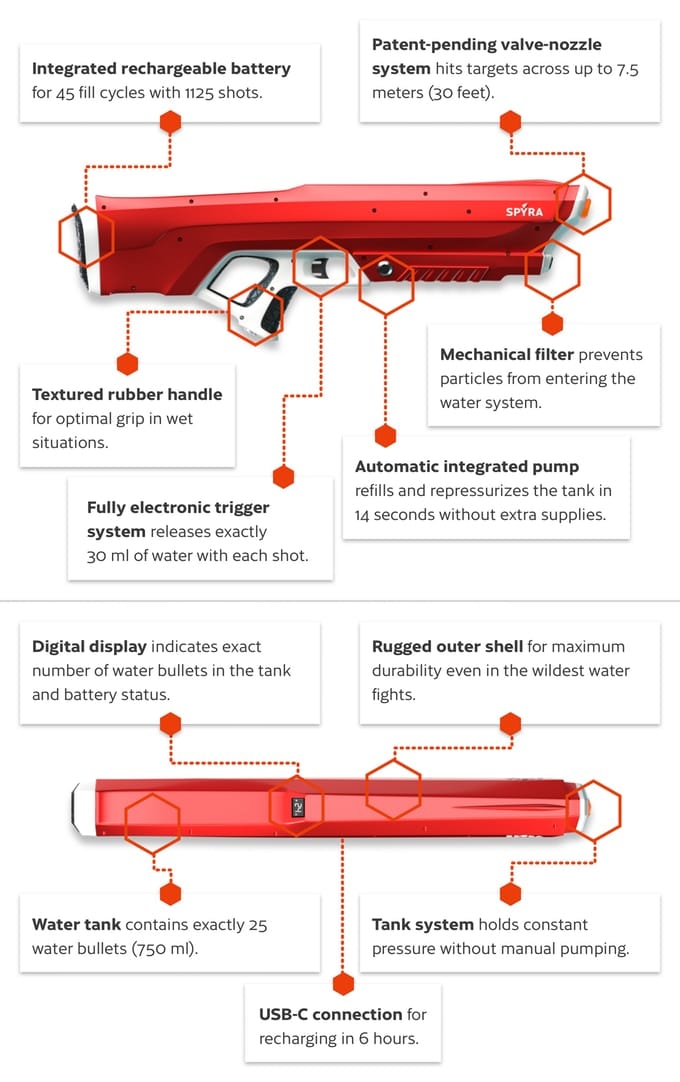