Spotify users who also have iPads have been waiting some time for Spotify to get its act together and create a native Spotify iPad application. But if the leaked image uncovered byn the Verge website are real, it looks as though a native app is already in development.

The image apparently show a beta version of the new Spotify application being tested, and first look at the new Spotify iPad app indicate it could be a great companion app to the Spotify music service. 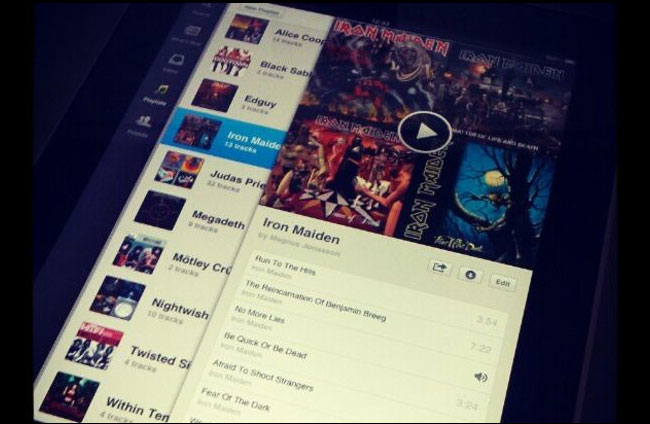 The original images were posted by a Swedish technology consultant who claims the image is of a beta version of Spotify‘s official iPad app. But its now been removed. Unfortunately no information or worldwide availability has been released as yet by Spotify regards their iPad app, but as soon as information comes to light we will keep you updated as always.