And he doesn’t wear pants! (Ahem.)  Neither does ‘it’ live in the sea. But scientists were so fascinated by its shape and spongy appearance they named it Spongiforma squarepantsii after the insanely popular cartoon character.

This new member of the Spongiforma genus was discovered last year in the jungles of Sarawak, Malaysia. Since its semi-controversial christening, the squarepantsii has garnered no small amount of renown across the blogosphere. 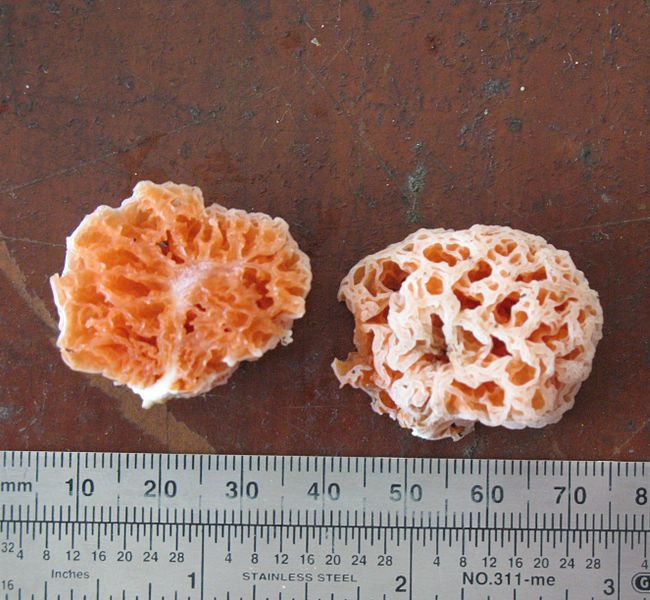 If you’re thinking it’s visible to the naked eye, you’re thinking wrong. The new SpongeBob Squarepants fungus was discovered via an electron microscope by scientists from the University of San Francisco.

The fungus also has a number of unique characteristics, like a fruity odor and has adaptive features that are in sync with its surrounding. For example, when it gets too humid for comfort, it turns gelatinous. This adaptive function means it has the ability to absorb moisture form the air. It also has a stem used for spreading its pores, a rare feat among its mushroom cousins.

It doesn’t work in a hamburger joint though.

There’s no word if either Mr. Crabs or Squidward would get their own stamps on real lfie species any time soon. But we’re hoping they will.