If you have deep enough pockets and are thinking of purchasing the Splinter Cell Blacklist Collector’s Edition, you will be pleased to learn that details released this week for the packages, reveal that its comes complete with its very own remote control plane for you to fly.

The remote controlled plane will come included in Xbox 360 and PS3 Splinter Cell Blacklist Collector’s Editions which will be available for around $170. 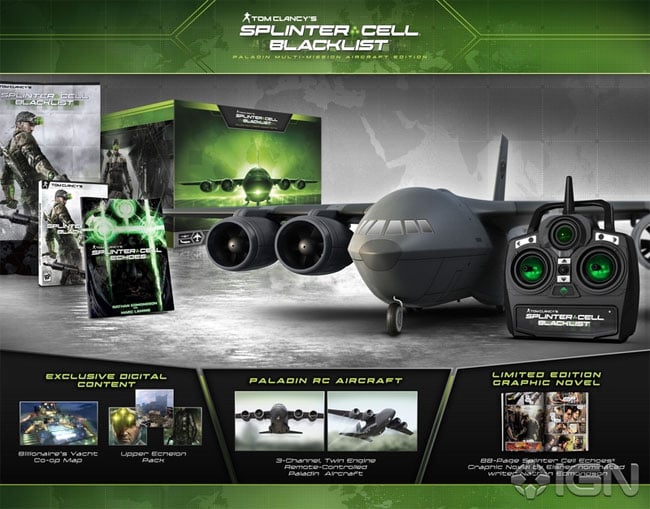 The Paladin Multi-Mission Aircraft Edition for Xbox 360 and PlayStation 3 will include a copy of the 88-page Splinter Cell Echoes graphic novel, a poster, the “Billionaire’s Yacht” co-op map, the Upper Echelon Pack containing the “Dead Coast” co-op map as well as the Gold Sonar Goggles and Upper Echelon Suit in-game items, and a radio-controlled version of the Paladin airplane, oh and of course a copy of the Splinter Cell Blacklist game. Enjoy!