In less than two days, Mobile World Congress will kick off in all its glory. One of the most hyped products and highly rumored products that will see the light of the day at the event is the Samsung Galaxy S5. I can’t recall a day this month when we didn’t hear anything about the upcoming flagship device from the Korean OEM.

It’s nothing different today as some alleged case listings have appeared on Amazon, hinting at the possibility of two versions of the Samsung Galaxy S5, which we’ve heard several times in the past. 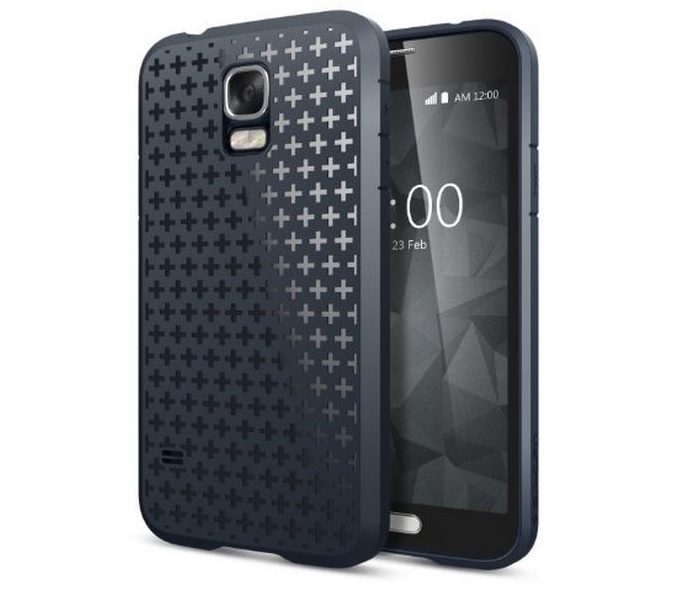 If you can’t recall, Ming-Chi Kuo of KGI Securities mentioned a few weeks back that Samsung will launch two versions of the handset. One will be known as the “Standard” version while the other one will be the “Prime” version which will come with QHD resolution.

Well, it  turns out he was correct after all as the popular case make Spigen has posted a product listing that clearly confirms about the two versions. One of the bullet in the product description says, “Compatible with Samsung Galaxy S5 (2014) & Galaxy S5 Prime (2014).”

Another interesting thing to note in the images of the device are that some of them have the home button, while others don’t. Well, there’s a chance these images are fake, but we should take it with appropriate speculation as case makers usually put up product listing to create hype. There’s also a chance they know about it. And, the availability of the on-screen buttons could be another difference between the Standard and the Prime version. Check out the images below,

Samsung is rumored to officially unveil the handset on Monday at the Unpacked 5 event in Barcelona. Until then, some speculation and a grain of salt is required.

What do you think about this? Share you views using the comments below.