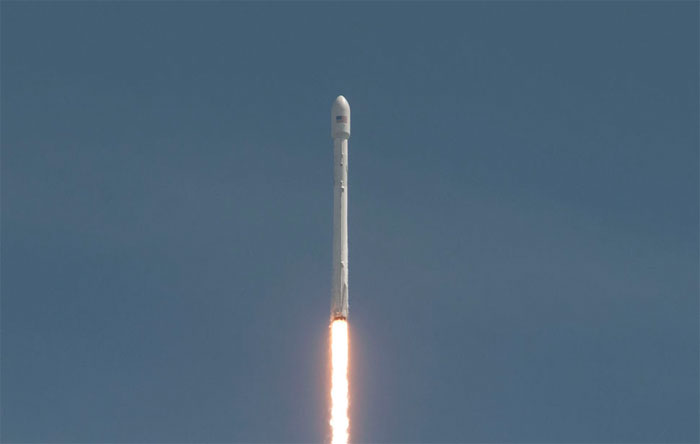 SpaceX recently performed a successful launch of its Falcon 9 rocket. That launch was to put six ORBCOMM satellites into orbit, and that orbital insertion was performed with no issues. Once the satellite payload separated from the Falcon 9 rocket, the mission wasn’t over for the main rocket. SpaceX then used the left over main rocket stage to perform a soft landing test.

The goal of this soft landing test was to see if in the future SpaceX could land the expensive main rocket safely on the ground to be reused for future missions and reduce the cost of missions. SpaceX equipped the rocket with a camera, which quickly iced over in the harsh conditions of the test.

The rocket reenters the atmosphere at hypersonic speeds after putting the satellites in orbit and fired its main engines twice to slow the rocket down. The final firing of the rocket engines and deployment of the landing legs resulted in a soft landing at near zero velocity for the Falcon 9 in the Atlantic Ocean. After the landing, the rocket fell over on its side as planned, resulting in structural integrity loss. SpaceX hopes in the future it can perform a soft landing on a floating landing pad in the ocean.