Judging by this photo, it’s true that everything is cooler in space 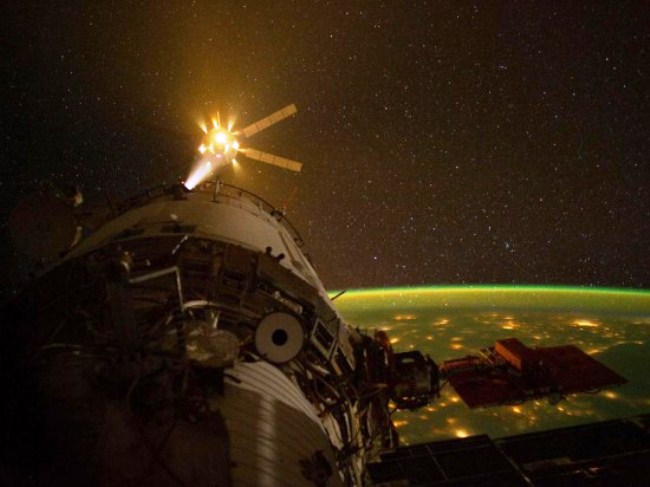 Eduardo is the one in the foreground, with its 4 solar panels and lights coming for the spacecraft’s thrusters.

In the background, there is an endless array of twinkling stars shining down on the Earth. The Earth’s atmosphere has an eerie glow accentuated with city lights.

Eduardo is just one of the ATVs assigned to carry vital supplies to space stations up above. “He”  delivered 220 pounds of oxygen, 628 pounds of water, 4.5 tons of propellant, and about two and a half tons of other sundry items like experiments, spare parts, food, and clothing.

After a few months with the station, Eduardo will be loaded with refuse and burned in the atmosphere. ATVs are real heroes, if you ask me (Haha!)

To see the full size version of this photograph and other cool ones from NASA, drop by the NASA image of the day archive.