Fine, so South Korea may be second fiddle to Japan’s overall devotion to mecha-kind. That doesn’t mean South Korean conglomerates, universities, and technology startups don’t make great strides on their own. For the past several years now, a tech university has hosted a robotics festival to showcase the work of its students. What really sets it apart is the astounding variety all the kids put on display. 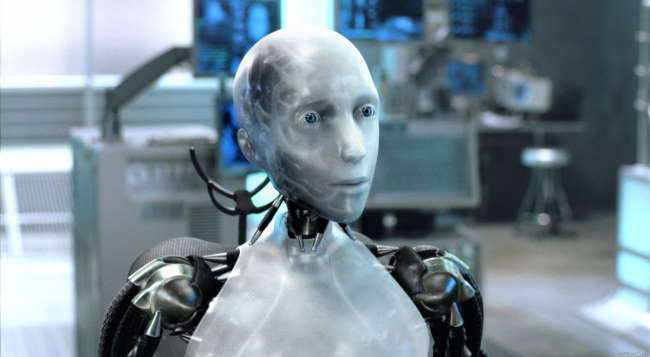 Seen above is (of course) a screen shot from the movie iRobot. The actual ‘bots that figured in the event last year were way less biomorphic but had notable abilities despite. As for the ultimate utility of the nearly sentient ‘bots,  keep in mind a gray population is a serious issue for developed countries and robots are apparently a viable solution to support the crunch on national healthcare.  Other than assisting the elderly and disabled, other less-humanoid ‘bots appeared. For best results, try the media down south.

Check out the video: